The Minister has abandoned the sector, says ISEFPO 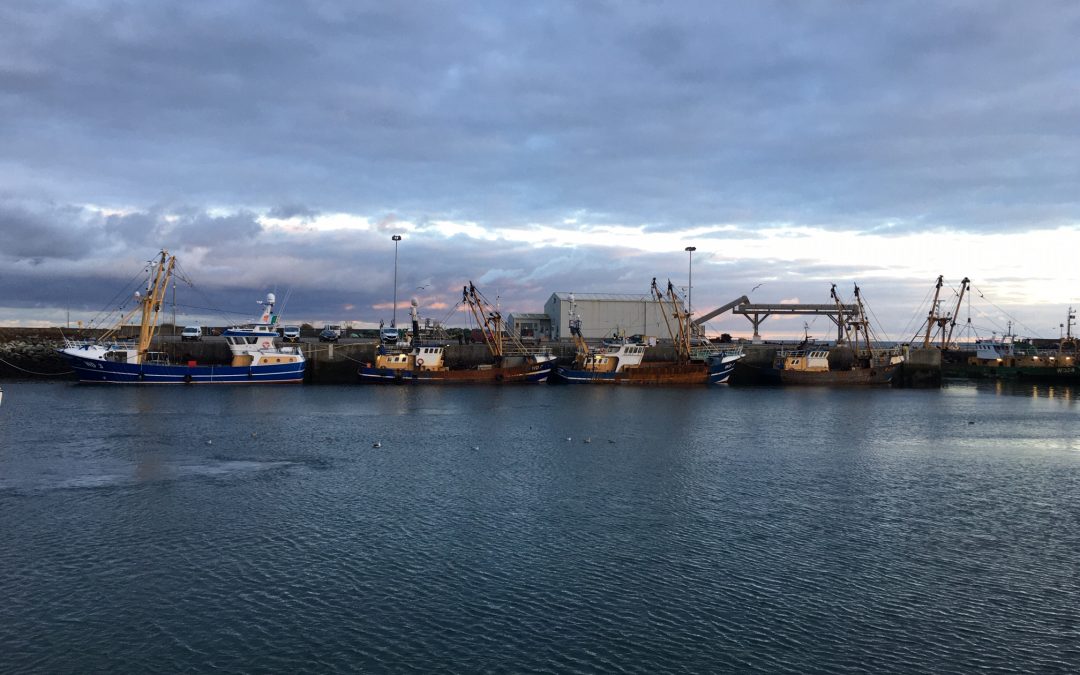 Despite numerous requests from the fishing industry for COVID-19 supports which have been specifically approved by the EU Parliament for the fisheries sector, the Minister has abandoned the sector by introducing a totally inadequate response to the potential collapse of an industry worth over €1.2 billion to the Irish economy, supporting 16150 jobs, mainly in coastal communities.

This is the message from the Irish South and East Fish Producer Organisation (ISEFPO) this morning, who join with the other three Irish fish producer organisations, and large tracts of the industry, in their belief that the sector has been abandoned by the Minister for Agriculture, Food and the Marine, Michael Creed TD.

Highlighting that any support scheme should have a positive effect for recipients, ISEFPO CEO Hugo Boyle says the Minister’s recently launched COVID-19 voluntary tie-up scheme for the industry—which, according to the Minister, has been designed “to temporarily facilitate the industry to better match fishing activity with market demand”—falls far short of that.

Indeed, one could question if it was designed to fail, he says.

Under the Department’s devised scheme vessels that are eligible can access supports to voluntarily opt to tie up for one or two months, during June, July & August.

The scheme offers support from €500 per month for the smallest vessels (under 6 metres in length) to €6,000 per month for a maximum of two months for the largest vessels (over 24 metres) – figures which, according to fishermen, would scarcely cover a vessel’s insurance and internet.

The majority of the 100 respondents to a recent survey of Irish vessel owners about the announced tie-up scheme by The Skipper indicated the vast majority would not be in a position to tie-up on the back of the supports being offered by the scheme.

Contra the Department’s scheme, Mr Boyle states the industry had proposed a scheme based on one of the templates used in other Member States, namely the French model – which, he says, would have allowed strategic management of fisheries, matching effort to market demand, with continuity of supply in the food sector.

Conversely, he says, “what the Minister has offered will be counterproductive, resulting in a situation which will encourage vessels to continue fishing, using up valuable stocks while demand is at ‘rock bottom’ resulting in uneconomic returns for those engaged in fishing.”

“This is also contrary to good planning and conservation of resources,” he highlights.

“Progressive options governing State Aid were proposed by the EU Commission and subsequently legislated for in Europe, amending the rules to allow Member States support their fishing sector retrospectively to address the marketing difficulties encountered during lockdown,” emphasises the ISEFPO CEO, drawing attention to the reality that this is very much a state-made disaster.

“We as an Industry requested that support would begin from April 1 for three months with a review in May, facilitating vessels, similar to what has taken place in other Member States, where they could tie up for 7-10 days at a time and be properly compensated for that period.

“This would allow the POs to jointly manage effort, linking it to the market”.

Emphasising the severe limitations of the model they were offered instead Mr Boyle went on to say:  “The Minister, unfortunately, despite a number of meetings with cross-sections of the Industry, chose to ignore such options.

“We now have a scheme which does not cater for the losses the industry has incurred during the ‘lockdown’ where vessels had to tie up with no income due to depressed or total lack of markets.

“Rather, we have an unworkable, unfit for purpose ‘support’ package where vessels have to commit to tying up for a full month at a time during the months of June, July and August in order to qualify for the meagre compensation being offered, at a time when Europe is opening up again, with hopefully, an improvement in the market.

“What is on offer does not address in any meaningful way the unprecedented crisis that has hit the industry over the past number of months.”

In terms of a way forward Mr Boyle concludes by stating: “In light of this, we need pragmatic measures to be applied by the Minister. The industry is united in the view that the scheme needs to be amended in order to have a viable fisheries sector for our Coastal communities when ‘normality’ returns.

“We ask the Minister to reconsider the scheme taking into account the Industry’s concerns. We are always available to meet at short notice.”