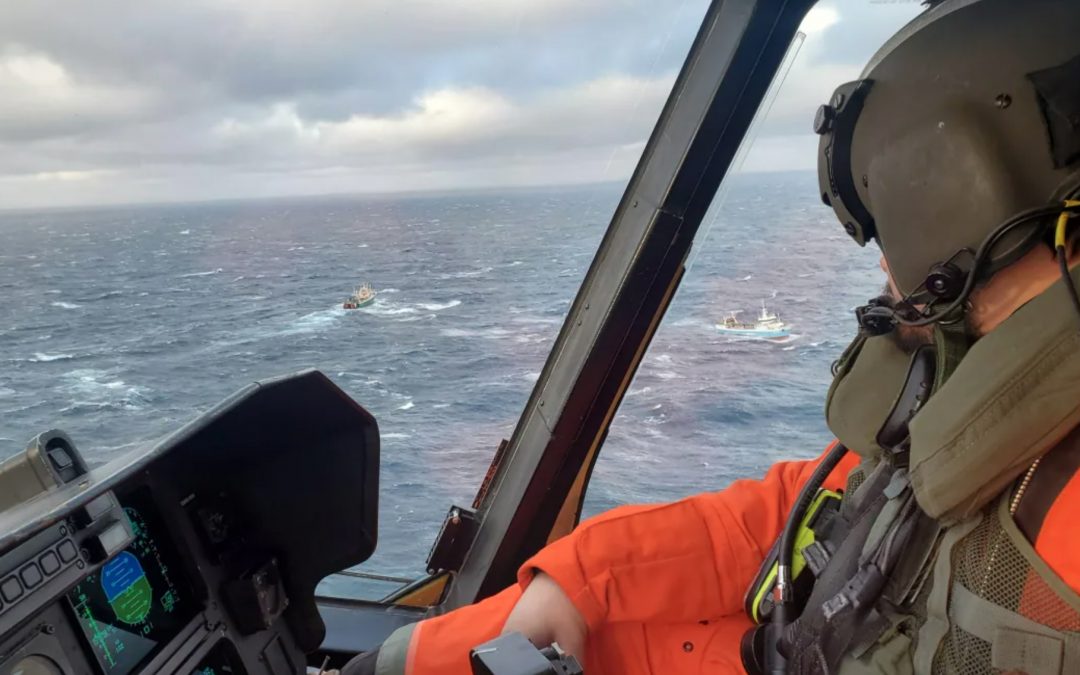 One of the 21 fishermen feared dead after a Spanish fishing vessel sank off the Newfoundland coast this week was the sole survivor of a dramatic rescue two decades ago off the Irish west coast.

Ricardo Arias Garcia was winched from the Skerd Rocks in outer Galway Bay by the Rescue 115 Irish Coast Guard helicopter crew in October 2000.

The native of Marin in Spain has been named as one of  the 21 who died or are missing when the Villa de Pitanxo  sank about 280 miles off the Newfoundland coast in rough seas early on Tuesday.

Only three of the 24 crew  on board the vessel were rescued, while nine have been confirmed dead and 12 crew listed as missing from the 50-metre (164ft) vessel. The search for the missing 12 was stood down on Wednesday evening.

The Halifax rescue centre involved in the search said the area was experiencing 46 mile per hour winds and sea swells of up to 5.5 m (18 ft) at the time. The Spanish  vessel was built to withstand harsh Atlantic weather.

Arias Garcia survived a previous sinking, but lost all of his fellow crew when the Arosa sank in a storm off north Galway Bay on October 3rd, 2000.

The Spanish-owned 32 metre-long Arosa, which was registered in Britain, had been fishing for four days when weather deteriorated.

Its skipper was heading for shelter in Galway Bay a force nine gale, blowing to force ten, when it struck the Skerd rocks about nine miles west of the Connemara village of Carna.

Ten of the 13 crew on board  were Spanish, two were from Sao Tome island off central Africa and one was from Ghana.

A “mayday” alert was issued, the three African crew tried to launch the liferafts, but it proved too difficult as the vessel was wedged between rocks with enormous seas on its port side.

The desperate crew, most wearing lifejackets, clung to the vessel until most were washed away.

Arias Garcia spoke afterwards of how he decided not to wear a lifejacket as he feared it might choke him..

“In between the waves, I tried to look up, calm down and organise myself,” he told reporters afterwards in University Hospital, Galway.

“I saw another big wave coming. I closed my eyes and took a deep breath. When that wave had passed, I felt rocks beneath me. I dragged myself up along the rocks. I looked up and I saw the light of the helicopter.”

The crew of Rescue 115  had only 200 to 300 yards of visibility in pitch dark and driving rain, close to a mountainous coast, when they spotted him.

They had already identified  liferafts on the water near the Skerd Rocks and could see they were empty.

Arias Garcia was wearing only a t-shirt when the light from the helicopter caught him, clinging to a rock close to the bow of the vessel which was being pounded by heavy seas. 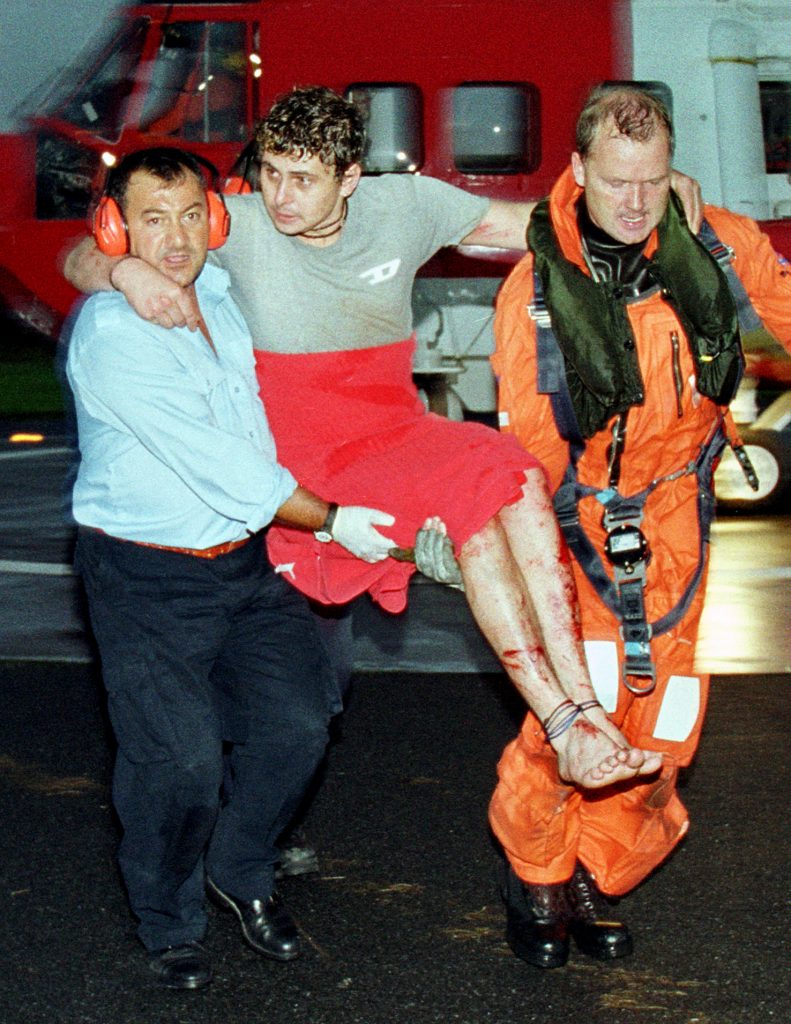 Ricardo Arias Garcia, the Spanish crewman who is feared dead off Canada, being taken to University Hospital Galway from the Shannon rescue helicopter in October 2000. He was the sole survivor. Photograph: Joe O’Shaughnessy.

The helicopter crew also rescued the vessel’s skipper. Both  men were flown to hospital but the skipper did not survive.

The Shannon crew received a State award for their role in rescuing Arias Garcia.

“Ricardo saw his companions from the Arosa die, and that terrible event marked him. Those who know him say that he enjoyed the sea,”the newspaper reported.

Arias Garcia was one of 16 Spaniards, five Peruvians and three Ghanaians, on board the Villa de Pitanxo which had been at sea for over a month.

The vessel’s owner, Grupo Nores, specialises in catching Halibut, Cod and other species  in the North Atlantic