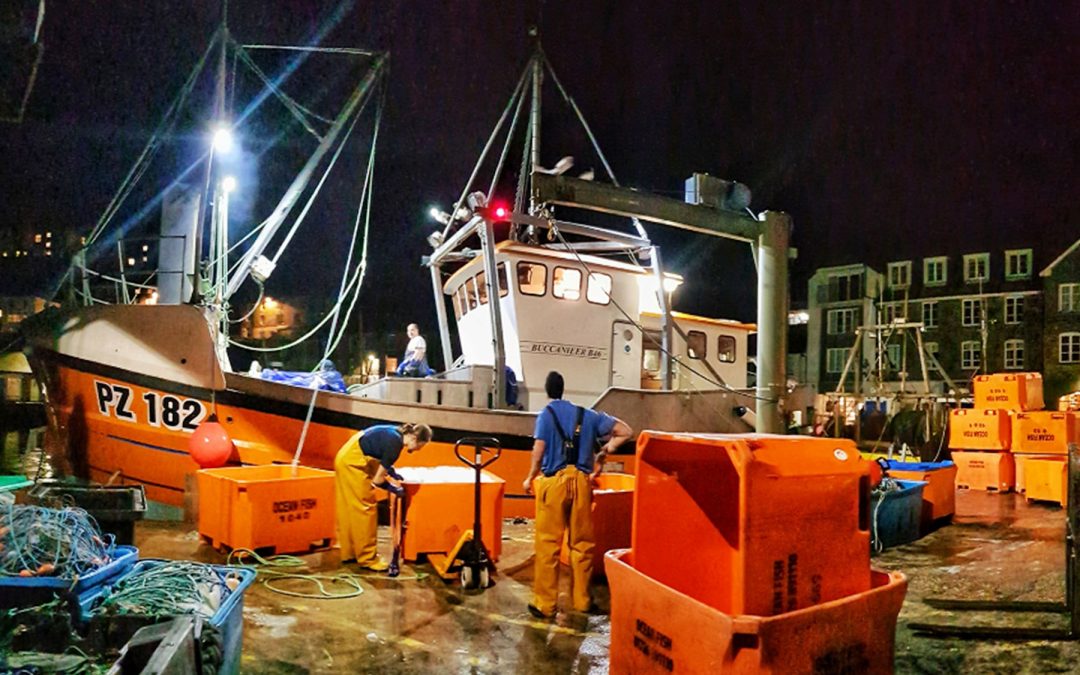 Chris Ranford CEO, Cornish Fish Producers’ Organisation (CFPO) has hit out at the failure of the EU-UK annual negotiations to benefit the Cornish fishing fleet.

Despite the UK government announcing a £34 million increase in fishing opportunities based on this year’s EU-UK annual negotiations, the reality for the southwest is a loss of over £2 million worth of fishing opportunities totalling 451 tonnes of key commercial stocks, as well as a massive blunder on Spurdog.

With annual negotiations results coming down to the wire again, the UK published the agreed Total Allowable Catches (TACs) and UK quota shares on Tuesday this week. Cornish fishermen have now raised serious concerns with the results and the continuous loss of fishing opportunities in the southwest. Cuts in Pollack, Sole, Plaice and Haddock will undoubtedly prove a challenge in what continue to be testing times since Brexit.

While respecting the scientific advice that goes some way to making these decisions, huge swings in TACs will see a 77% reduction for Plaice in the Bristol Channel and over a 20% reduction for Sole in the English Channel, all of which makes no logical sense given that these are annual negotiations. Surely there should be a focus on better managing our fish stocks to only need a maximum change of 20% either way? In other cases such as Pollack, commercial landings data have been down partly due to restricted access to the French markets, where traditionally, pre-Brexit, boats would have landed significant volumes. Limited overseas market opportunities have led to a reduction in catches, and as a result, our Government applied a use-it-or-lose-it scenario and cut the TAC by 20%, which is simply ridiculous. If stocks are not being caught, this shouldn’t be a driver for making reductions.

Although not the crux of high-value species, one of this year’s biggest blunders by the UK government is the failure to match the EU and open the Spurdog fishery as of the 1st of January 2023. Despite a number of Cornish Fish Producer Organisation member vessels being the only ones to work with the Government on recording and reporting precious data on Spurdog for the last decade, which has enhanced understanding of the stock and led to a positive shift in scientific evidence, it’s now apparent that the EU will begin fishing in just ten days, whilst the UK will watch from the other side of the median line waiting for our Government go through a laborious red tape process for the next six months. Of course, this doesn’t mean we won’t still be catching Spurdog, it will remain part of the mixed fishery and an unavoidable bycatch, so we will simply have to carry on wastefully discarding perfectly good food whilst the French, Irish and Belgians take advantage of decades worth of hard graft and dedication from the Cornish fleet.

Monkfish, Hake and Megrim have seen more positive outcomes of this year’s negotiations, all receiving slight TAC increases. In addition, an improvement in the scientific assessment of Bass stocks has led to a very slight increase in opportunity, which will come into effect later in the year as it is subject to a statutory instrument process.

Whilst this year’s negotiations outcomes further compound what have been challenging times, it will not break the passion and dedication of Cornish fishermen who will make the best of any situation and will find a way forward. However, the UK Government must not be allowed to continue letting down fishing communities in the southwest and claim they are acting in the best interest of fishermen when that is clearly not true. Pre and post-Brexit warm words and empty promises have not been backed up by action and delivery for fishermen. The relationship between UK Government, DEFRA and fishermen in the southwest will continue to decline as political convenience and lack of understanding dominate decision-making.