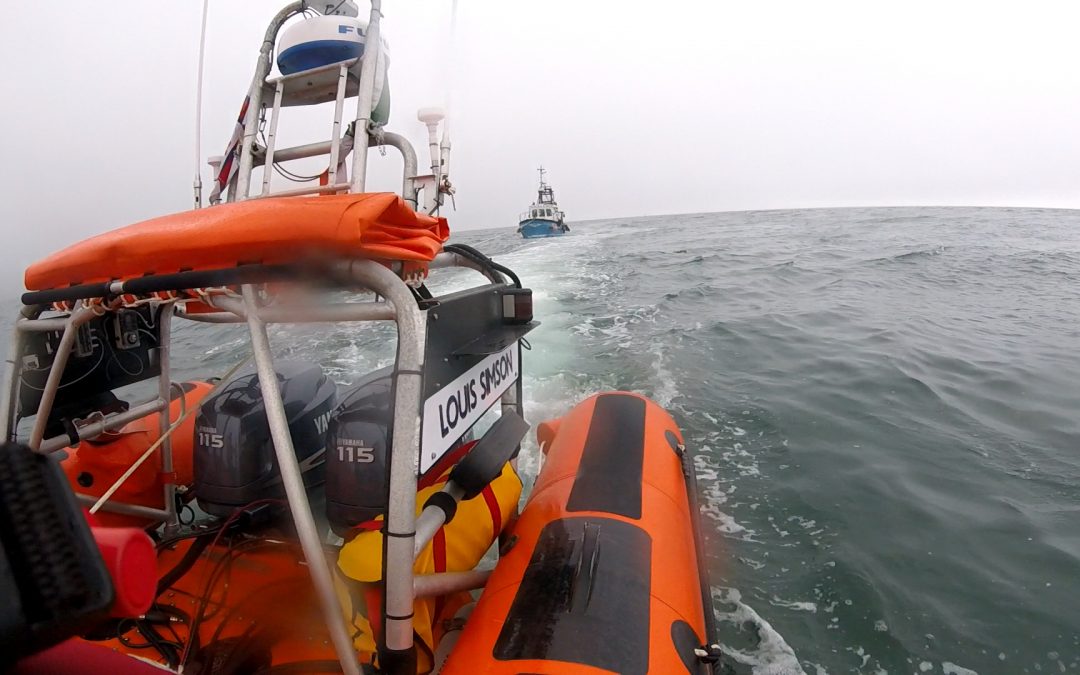 Last Thursday, June 18th, Skerries RNLI towed a fishing boat with four men on board to safety after their propeller was fouled near Skerries islands.

Shortly after 11am, Dublin Coast Guard tasked Skerries RNLI volunteers following a call from a fishing vessel which had fouled its propeller and was unable to return to shore under its own power.

At the time of launching, visibility was poor due to fog, however, the stricken vessel had provided latitude and longitude for their position as well as indicating that they were between Shenick and St. Patricks islands off Skerries.

Using this information the lifeboat rounded the headland in Skerries and quickly located the fishing vessel. A tow was established and the vessel was brought safely back to harbour wall in Skerries.

There was a slight swell at the time with a force three north-easterly wind.

Speaking about the call out, volunteer Lifeboat Press Officer for Skerries RNLI, Gerry Canning said: “It doesn’t matter how experienced you are, sometimes things can go wrong at sea when you least expect it. That’s why our volunteers are on call 24/7. It was also great to see everyone on board the fishing boat wearing good lifejackets.”