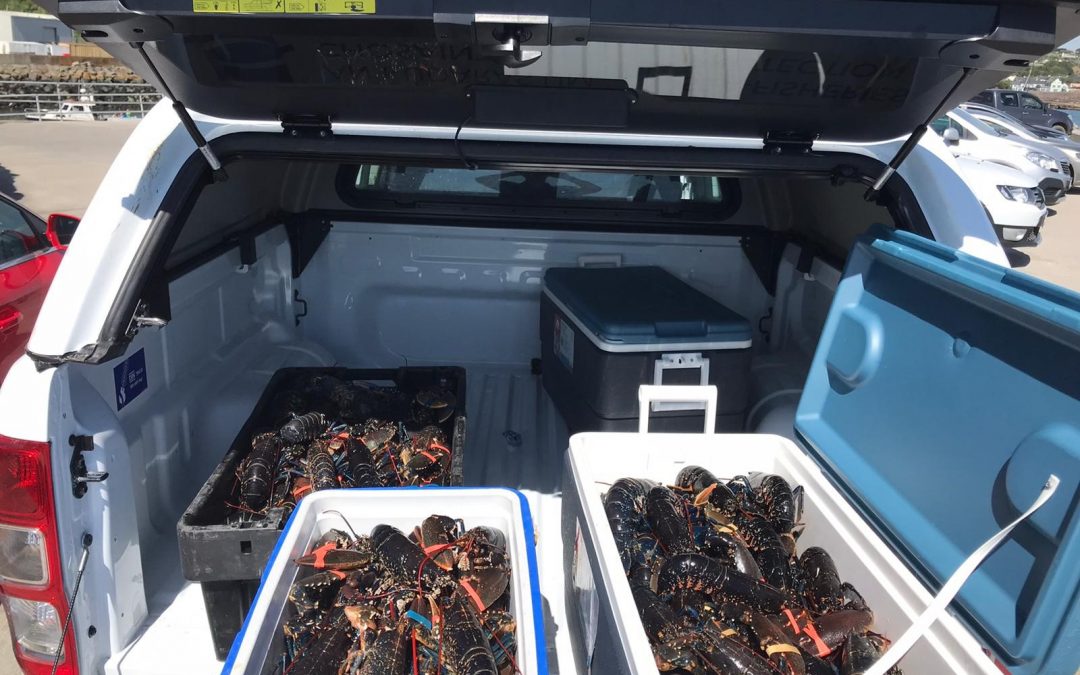 Earlier this week, the Sea Fisheries Protection Authority (SFPA), acting on information from a member of the public, seized 86 illegally caught lobsters from a recreational fisherman in the South East.

The team of SFPA Officers from Dunmore East also detained a vivier lorry in Rosslare destined for Spain with approximately 6000 lobsters on board, including almost 700 illegally caught lobster. All lobster were returned alive to the sea and the SFPA is preparing a file for the DPP.

Since 2016, legislation has been in place to help in the conservation of fisheries resources and the protection of marine ecosystems, under a range of conservation measures to support the viability of the commercial in-shore fishing industry.

Under these regulations recreational or private fishers can catch one lobster daily and are prohibited from selling their catches.

There are also regulations about the minimum size of shellfish that can be caught in Irish waters that apply to commercial and recreational fisheries while lobsters that have been V-notched must not be retained on board either.

Over 630 undersize lobster and almost 60 v-notched lobster were seized from the lorry which is specially fitted out with large water tanks to transport live lobster, maximising their value.

Further investigations are underway as to the origin of these fish, which the SFPA believe were collected from the north-west and west of the country,  some of which may have originated from Northern Ireland.

Commenting on the seizure, Dr Susan Steele, Chair, SFPA acknowledged the support of the public in alerting the SFPA and encouraged people who have concerns about suspected illegal fishing or activity that could compromise food safety to contact their local SFPA port office.

“The volume of such a find of undersize lobsters is both significant for the future viability of the fishery and concerning given the scale of the find.

“The fishery for lobster is one of the most traditional fisheries among coastal communities and the mainstay of many small vessels fishing all around the coast of Ireland.

“The actions of a few fishermen selling undersize and v-notch lobsters undermine the legitimate fishermen trying to maintain a sustainable fishery and livelihood.”

“The majority of inshore fishermen act responsibly and in conjunction with state agencies, including the SFPA, to ensure the protection of the species which have been in decline in recent years.

“Many inshore fishermen participate in voluntary measures such as v-notching to assist with restocking of lobster,” she added.

The SFPA can be reached by calling the confidential telephone line at 1890 76 76 76 or by email at sfpa_info@sfpa.ie, contacting its local port or head offices.