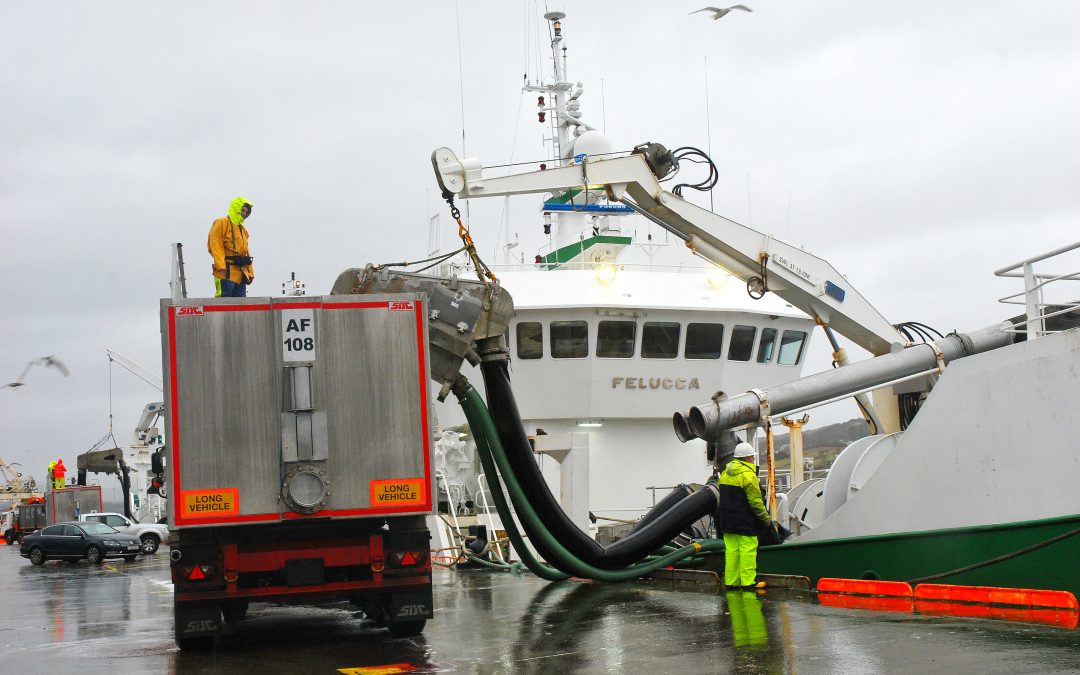 EU withdraws weighing derogation as a consequence to pelagic fisheries audit
The Sea-Fisheries Protection Authority (SFPA) confirms that it will hold meetings with the demersal and pelagic fishing industry over the coming weeks to set out the changes required to the weighing of fishery products. This follows confirmation by the European Commission that it is revoking the derogation for the fishing industry to weigh fishery products following transport away from the place of landing with immediate effect. It deemed that the risk of industry’s non-compliance with the rules of the common fisheries policy could not be minimised.
The European Commission’s decision arises from their audit in Ireland in 2018 aimed at monitoring the implementation of Ireland’s controls for Pelagic fisheries. The findings of that audit identified irregularities, including the manipulation of weighing systems in some instances, that were subsequently confirmed by the administrative inquiry conducted by the Sea Fisheries Protection Authority.
Dr Susan Steele, Chair of the SFPA, commented: “We will be contacting producer organisations and industry representatives as well as holding local meetings to ensure that the industry is familiar with the changes that are required.”
“The accurate weighing of catches remains the responsibility of industry. The EU’s decision, however, will involve changes to weighing practices. We will be working to ensure that industry can introduce these efficiently and in a way that assures compliance with EU regulations.
“This decision is a clear marker of tougher fisheries controls across the EU. The SFPA takes its commitments under the Common Fisheries Policy very seriously. We have been working with the Commission and EU control partners including EFCA, and with the support of government, to improve Ireland’s compliance assessment capabilities. This has included a significant expansion of the SFPA’s detection and inspection resources in recent years, as well as changes to fisheries controls to ensure Ireland has a strong regulatory system,” Dr Steele added.

COMMISSION IMPLEMENTING DECISION of 13.4.2021
revoking the approval of the Irish control plan submitted for the weighing of fishery
products in accordance with Article 61(1) of Council Regulation (EC) No 1224/2009

(2) In 2018, the Commission carried out an audit in Ireland aimed at monitoring the
implementation of the control plan. The findings of that audit identified irregularities,
subsequently confirmed also by the administrative inquiry conducted by the Irish
competent authority, which revealed that Ireland has failed to ensure effective
implementation of the control plan in accordance with the obligations arising from the
Regulation (EC) No 1224/2009.

(3) In particular, the operators did not have in place a “weighing system fit for purpose”,
as provided for under point 5 of the control plan and the audit identified manipulation
of weighing systems. Moreover, although aware of those shortcomings, Ireland did not
take appropriate measures to address such noncompliance, in particular by
withdrawing the permission to weigh after transport as foreseen in point 8 of the
control plan. Consequently, the control plan does not minimise the risk of systematic
manipulation of weighing pelagic catches in Ireland and the under-declaration of
catches by operators.

(4) Therefore, Ireland could not guarantee an effective control of landed quantities of
catches and minimise the risk of noncompliance with the rules of the common
fisheries policy. The failure to ensure appropriate weighing also puts at risk the

accuracy of the data reported that are essential for control purposes and monitoring of
the uptake of fishing quotas.(5) Due to the absence of effective implementation of the control plan, derogation from
the basic requirement set in Article 60(2) of Regulation (EC) No 1224/2009 according
to which all fishery products are to be weighed at landing before transport, should no
longer be granted.(6) As a consequence, the approval of the Irish control plan should be revoked,
HAS ADOPTED THIS DECISION:

Article 1
Revocation of approval
The approval of the control plan submitted by Ireland, provided for by Article 1(3) of
Implementing Decision 2012/474/EU, is revoked.

This Decision is addressed to Ireland.
Done at Brussels, 13.4.2021
For the Commission
Virginijus SINKEVIČIUS
Member of the Commission