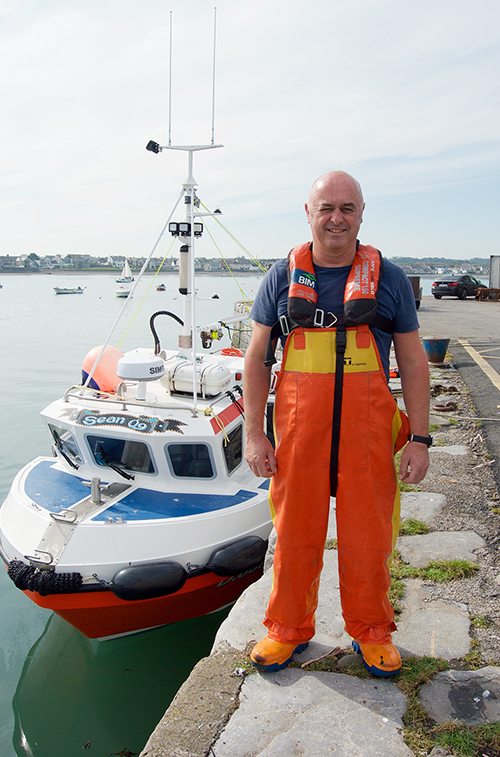 Built by FM Marine Services Ltd and fitted out in Kilkeel by G Smyth Boats Ltd for skipper-owner Eoin Duff, Sean Óg D688P is the latest Cyclone to be added to Ireland’s inshore fleet. Renowned for their stability at sea, the newest addition to Skerries pier is 7.92 metres in length, with a beam of 3.4 metres and a draught of 0.9 metres.

Named after his thirteen-year-old son, Seán, the vessel is a replacement for Eoin’s previous vessel, a 2012 G Smyth built GM7M of the same name which was recently bought by a buyer in Ballywalter, north of Portavogie.

Speaking to The Skipper on the pier, the Skerries native, who has been fishing all of his life, explains that despite the GM7M’s excellent handling abilities and efficient working platform he wanted to upgrade to a faster boat that would maximise the capacity that he had.

With plenty of deck space for working and gear, and known for their capacity for speed with their planning hull, it’s not surprising then he went for the Cygnus Cyclone.

The first Cyclone to be fitted out by G Smyth Boats, Eoin explains that since having his last boat built at the yard he and Gerry have become lifelong friends, and deciding to go to Kilkeel with his latest vessel was an easy decision.

Echoing those sentiments, Ceara Russell of G Smyth Boats says, “Being a previous customer of G Smyth Boats, the first Sean Óg was a GM7M, Gerry was keen to complete this Cyclone model for Eoin.”

With respect the build itself she says, “The team worked closely with Eoin to customise the vessel to his fishing style. Eoin was very much the designer of his finished vessel and all the equipment, engine and hauling systems were researched by Eoin.”

William Boylan of Skerries Marine Electric Ltd did the electrics onboard, with work also carried out for the yard by Ashley Maginnis Electrics. The vessel’s pumps were supplied by Killybegs’ SeaQuest Systems, the steering system by Helmsman Systems, while the hauler onboard was supplied by KK Hydraulics.

Much of the impressive wheelhouse kit onboard was supplied by Eoin himself – some off his previous vessel, with additional new kit supplied by Macduff’s Echomaster Marine including a Simrad AP60 Autopilot Package with FU80 Steering Lever and PR15 Reversible Pump, and a Simrad NSS12 Evo2 Multifunction Display with HALO20+ Radar and SS75H Transducer.

After careful planning, the vessel was successfully launched early this summer, and following final fit-out and sea trials made her way home from Kilkeel to Skerries on June 24. With plenty of praise for the build team, Joel Chambers who led the build deserves special mention, says the Skerries skipper.

In terms of the oftentimes arduous processing of licensing a new vessel, Eoin is quick to highlight that over the years and course of his boats, Pat O’Regan in the Department’s Fishing Boat Licensing Division down in Clonakilty has always been extremely helpful. The new Sean Óg was no exception, he says, and the vessel has had plenty of time to prove her fishing credentials since arriving home.

Designed for potting, Eoin fishes alongside his brother Johnathan for crab and lobsters that are sold locally. In conjunction with speed and efficiency, comfort was at the fore of both of their minds with the new boat. Less physicality and less lifting, says Eoin. “We’re not getting any younger,” says Johnathan.

The roller system and self-shooting doors onboard certainly help with that, while the new landing derrick makes landing into Skerries (which is difficult at the best of times) much more straightforward, explains Eoin.

Reflecting on the build for the North County Dublin skipper further, the yard’s Ceara Russell continues, “It was a pleasure to complete the build for Eoin, he has been a friend from the time we completed his GM7M. It was our first Cyclone and his research and planning made our job as a boat builder much easier.

“The boat has been finished to a very high standard. A lot of care has been taken to use marine grade stainless steel were able for fittings and finishes,” she says. “We hope that Eoin gets another 10+ years from this vessel and if he looks to upgrade again we will make room for him at G Smyth Boats.”

The Skipper team would like to wish Eoin, Johnathan, and their families every success and safe fishing with the new Sean Óg. 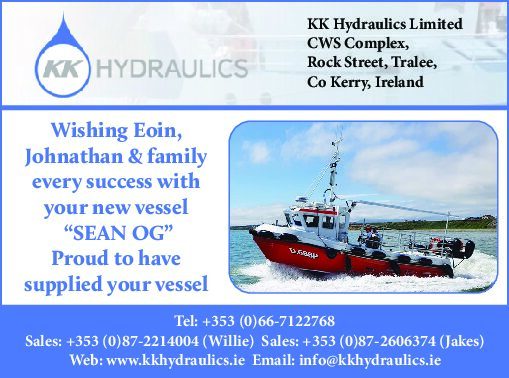 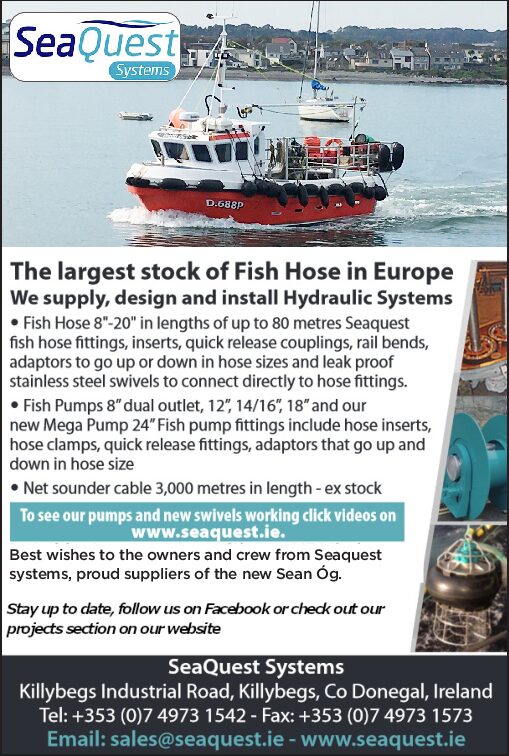 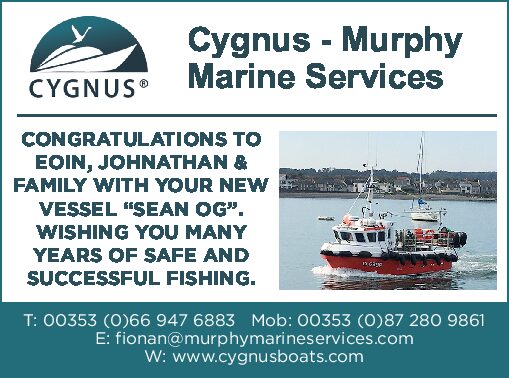 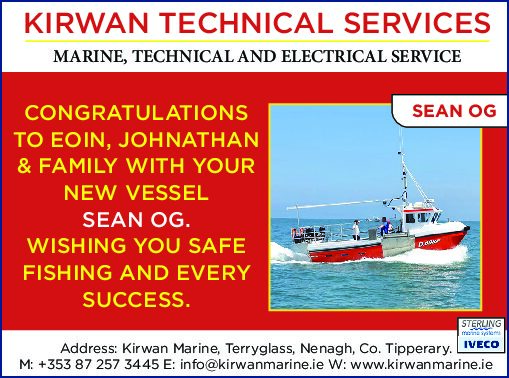 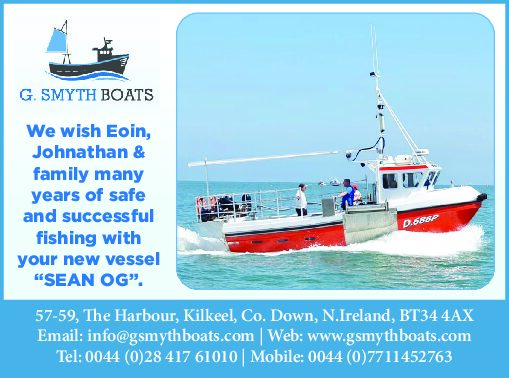 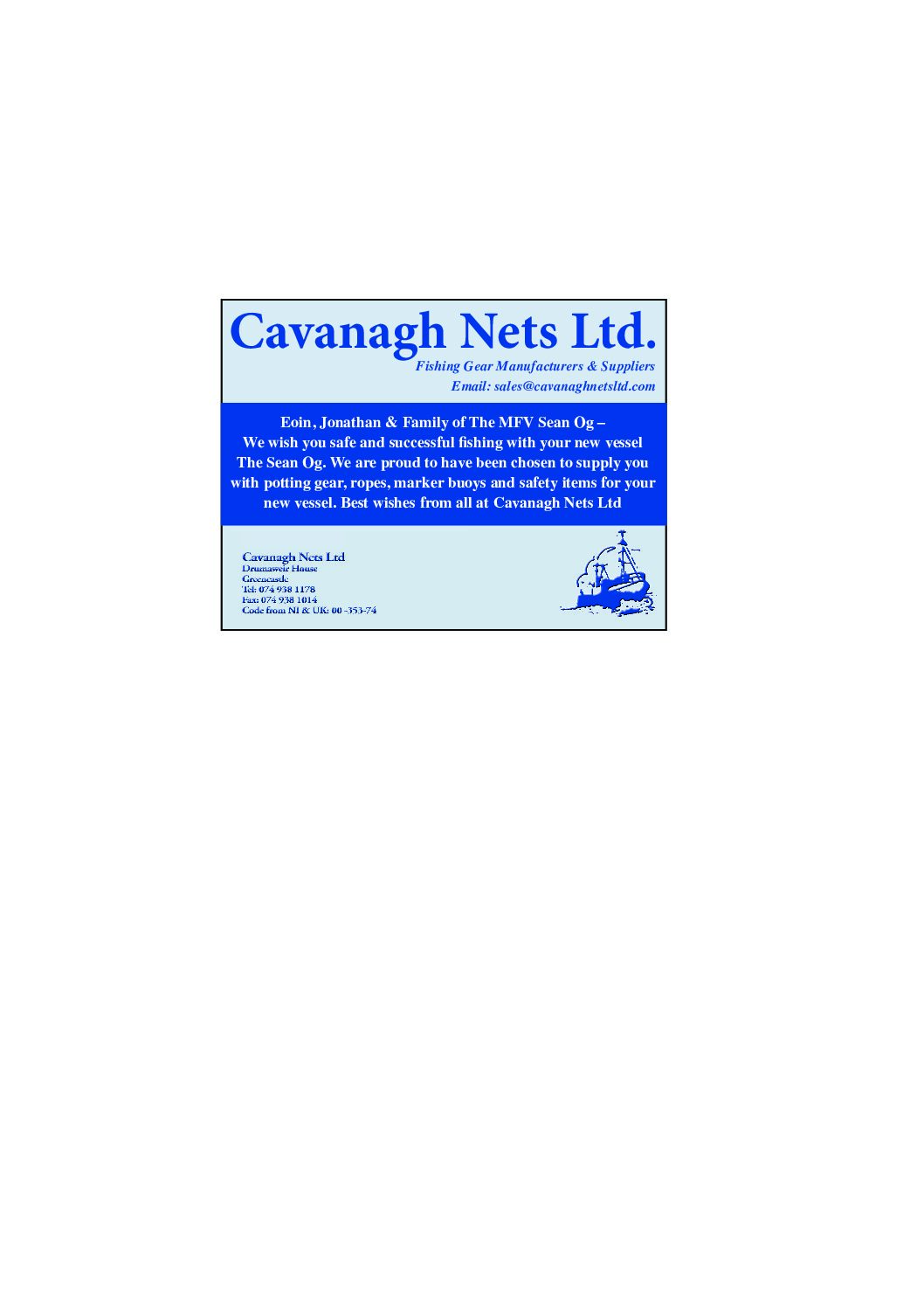 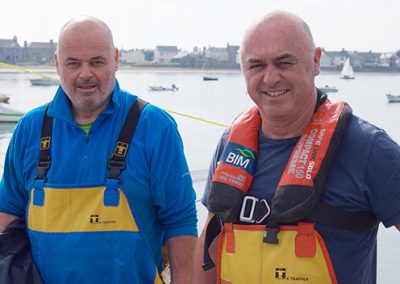 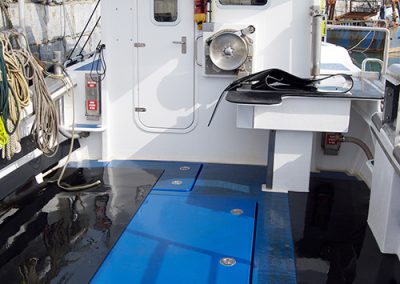 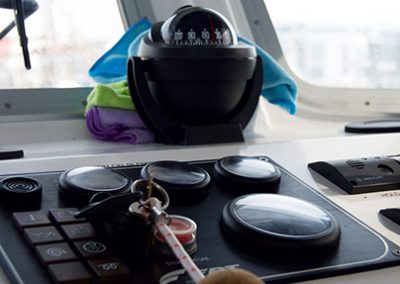 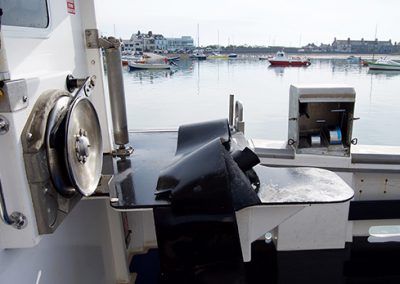 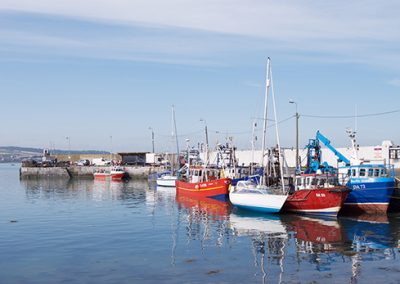