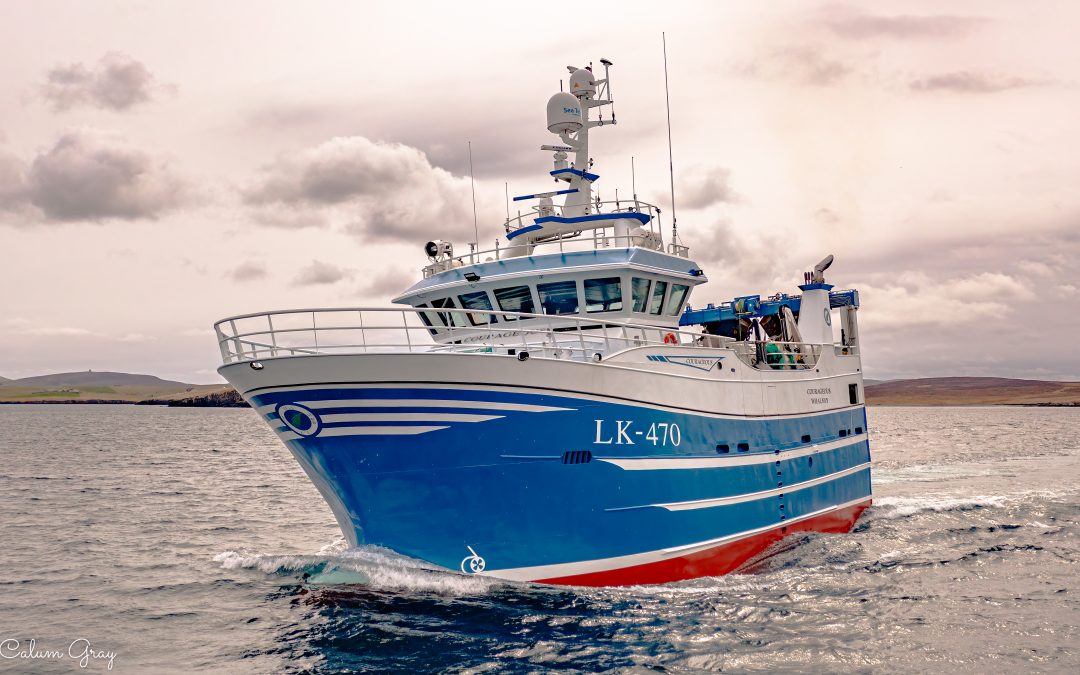 In a series of maps produced by the Shetland Fishermen’s Association (SFA), which represents the interests of over 120 fishing vessels, the overlap between proposed areas of development and these sensitive ecosystems for young fish are laid bare in stark terms.

For Scotland’s most popular fish, haddock, only two out of 18 areas earmarked for turbine installation under the government’s ScotWind and INTOG (Innovation and Target Oil and Gas) leasing rounds are outwith that species’ spawning or nursery grounds. 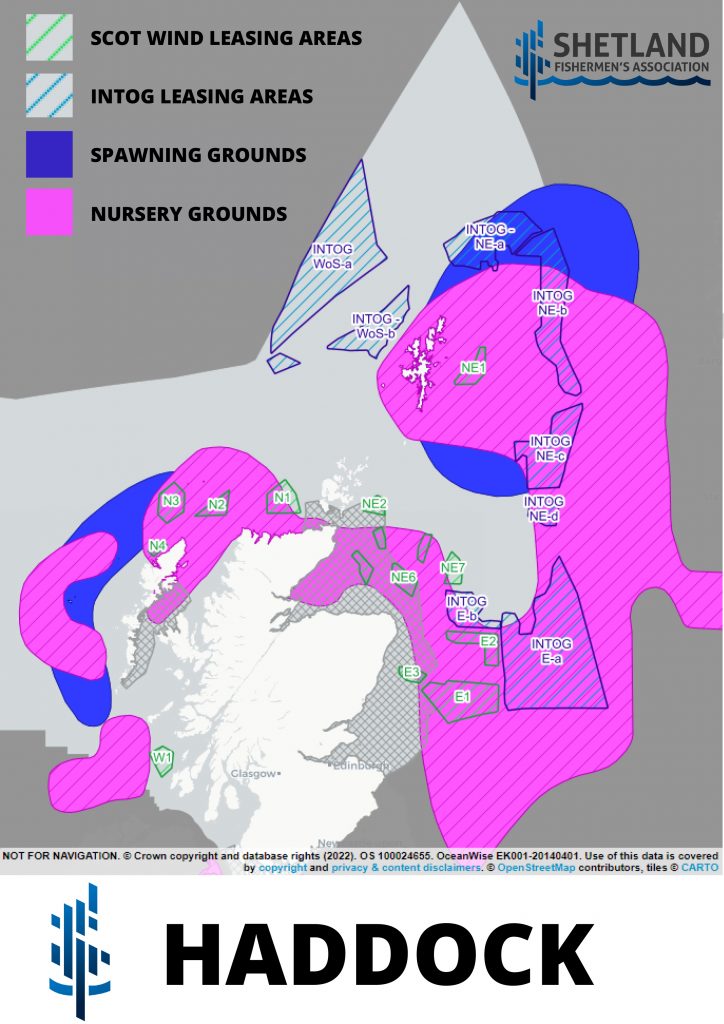 Created using the Scottish Government’s own data, the maps also reveal that several windfarm areas will impact the spawning and nursery grounds of Scotland’s most valuable pelagic fish stocks such as mackerel, herring and blue whiting. 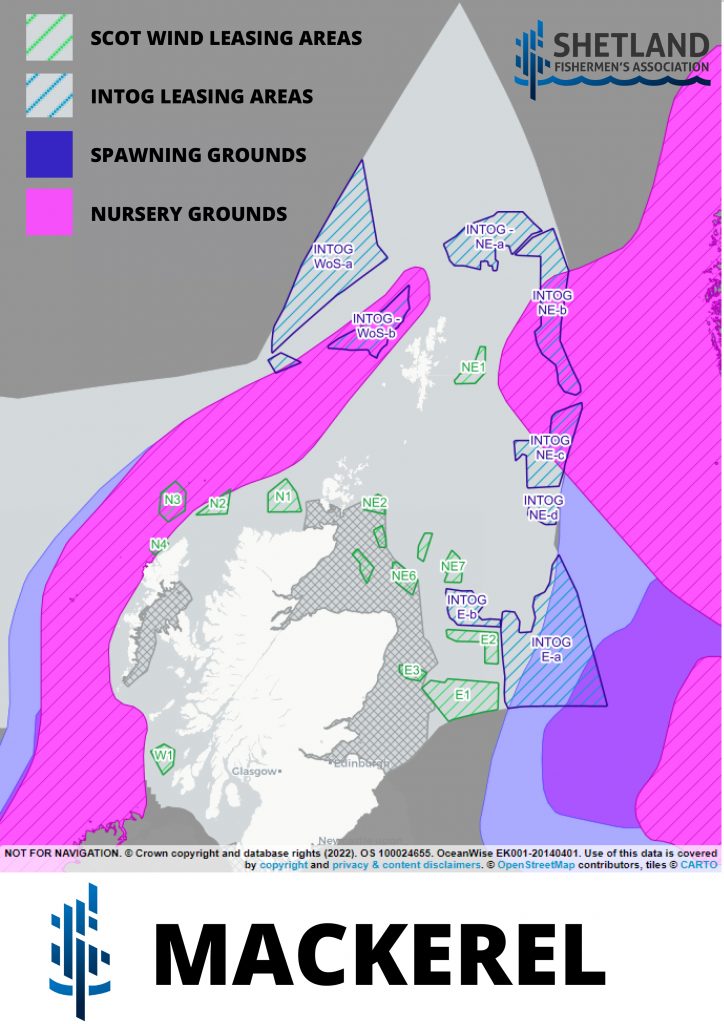 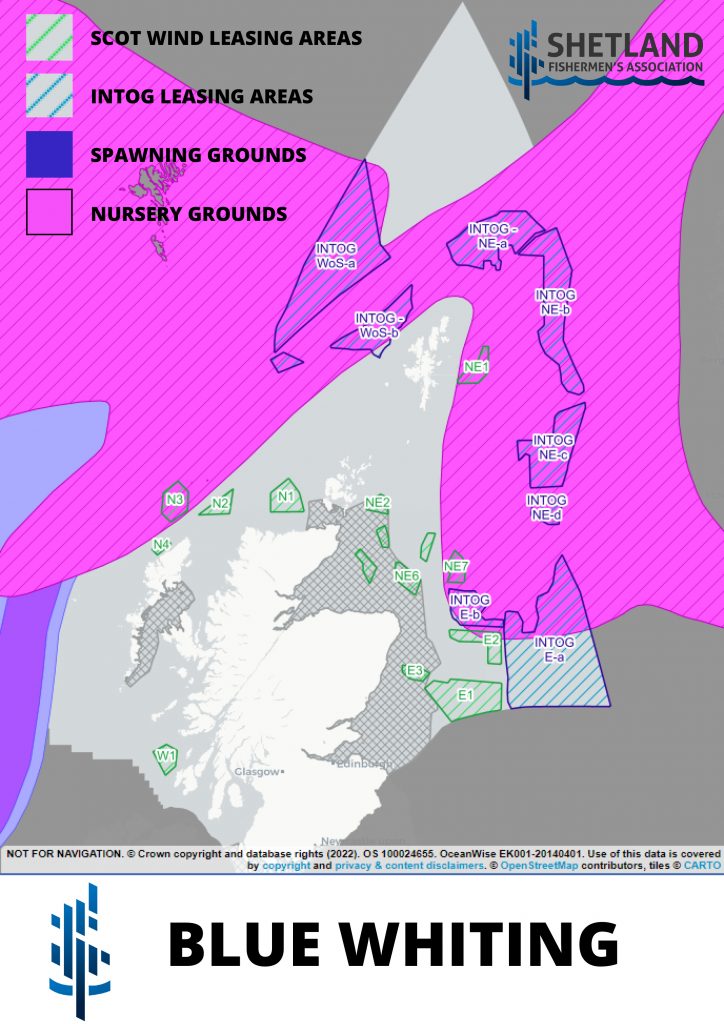 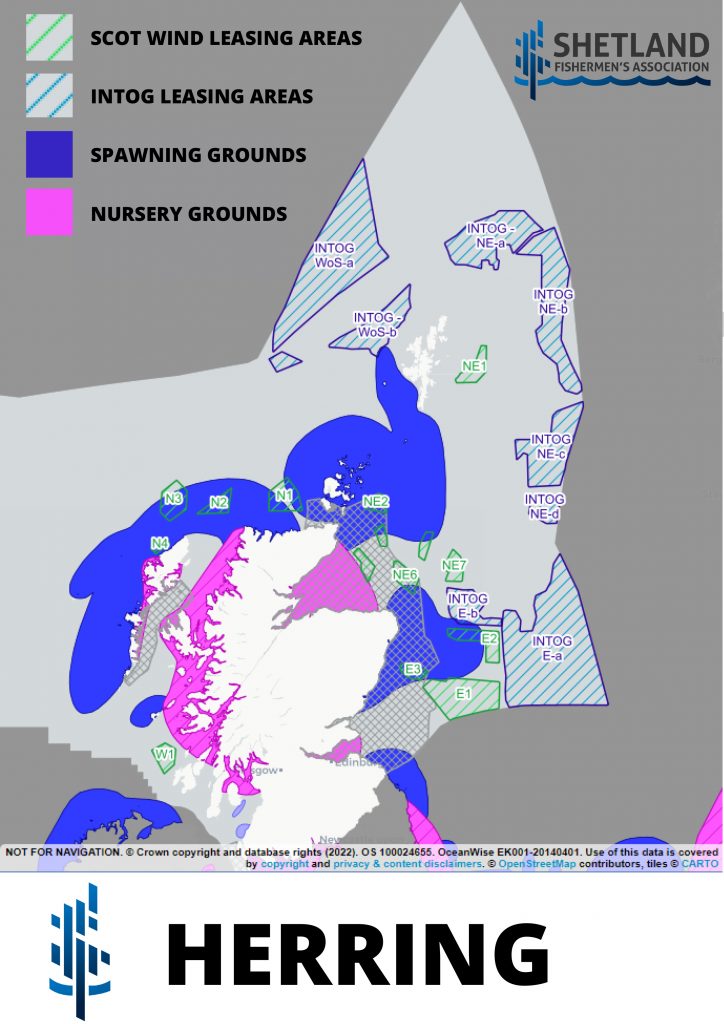 “We appeal to the Scottish Government and to offshore developers to undertake a full program of research to more fully understand the impacts of anchoring offshore wind farms in the middle of fish spawning grounds,” said SFA executive officer Daniel Lawson. “Ministers must adopt the precautionary principle and apply it.

“While the industry does not contest the concept of more offshore renewables, this rush towards development means that mistakes will be made – with Scotland’s productive and pristine fishing grounds potentially paying the price.

“Our government says it wants to support coastal communities, build a world class fishing nation and protect the health of Scotland’s fish stocks. Our community relies on a sustainable fishing industry and encouraging offshore windfarms without a full understanding of their impact is a real threat to the sustainability of those stocks.”

Evidence is also mounting of the negative impact on shellfish species from offshore turbines and associated cabling. Scientists have demonstrated that brown crabs suffer from biological changes and altered migratory habits as a result of electromagnetic fields from underwater power cables, while lobsters risk developing life-limiting deformities.

In Norway, fishermen who initially supported the development of offshore renewables are now objecting because the impact on fisheries, spawning areas and the marine environment has not been properly established.

“We must avoid a situation where fishing crews providing low carbon, nutritious and healthy food are threatened with the loss of their legitimate businesses and ultimately replaced by higher carbon food producers.

“Fishermen are now questioning whether Ministers or Marine Scotland even took spawning grounds into account in their rush to auction off vast areas of sea to multinational energy firms.”