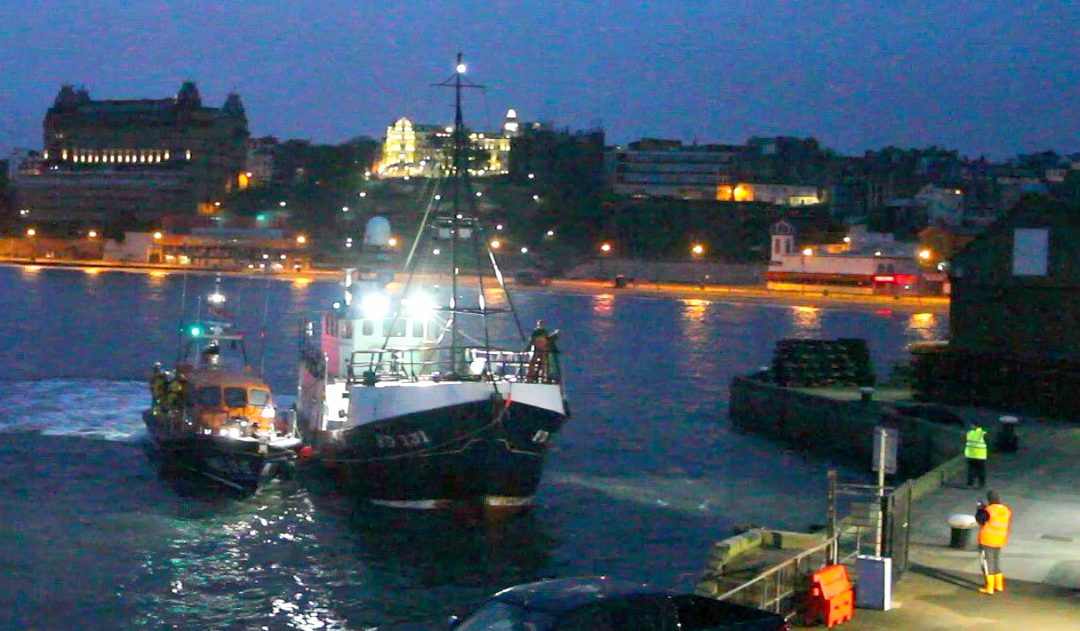 Scarborough RNLI went to the rescue when a steering failure crippled a fishing boat in darkness last Friday (April 10).

The all-weather Shannon lifeboat launched shortly before 3am, reaching the fishing boat which was located 10 nautical miles north-east of Scarborough soon afterwards. Conditions were calm. The lifeboat deployed a drogue, a tapered tube of heavy-duty material, to keep the rescued vessel straight while under tow.

The 17m fishing boat was towed back to the south bay, where the lifeboat moved alongside to push it against the outer wall of the West Pier. This enabled a rudder inspection and possible repair at low tide. The fishing vessel returned to the harbour later.

On a high spring tide, the lifeboat was temporarily berthed alongside another vessel moored on the north wharf, to be rehoused at low tide.

The crew on the lifeboat were coxswain Lee Marton, mechanic Paul Huggins and crew members Jason Hedges, John Huntley, Erik Woolcott and Adam Sheader. The shore crew were Simon Loveland, Tabz Nixon, John Wallis, Phil Chittenden and Eve Lee. All but one are volunteers with the charity.

Lifeboat operations manager Andy Volans said: ‘As ever, the ongoing Covid-19 situation does not affect the station’s readiness and responsiveness to calls for help when required.