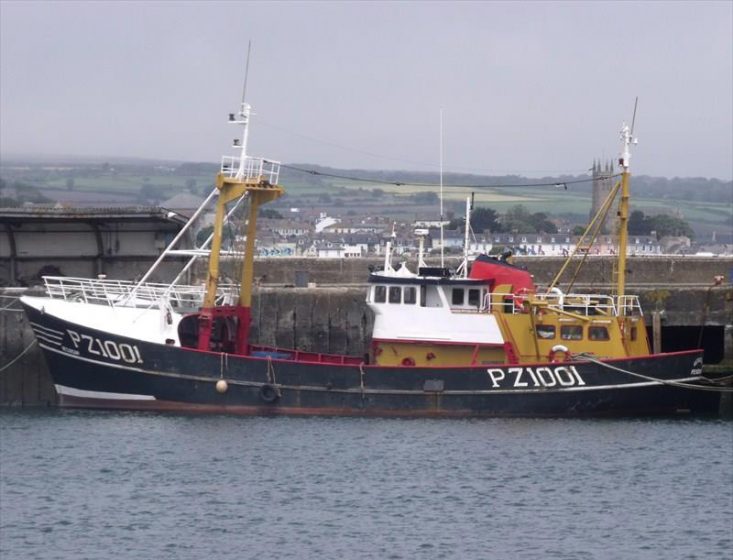 The MAIB has published a Safety Bulletin regarding the inadvertent discharge of a FirePro condensed aerosol fire extinguishing system during its installation on board the fishing vessel Resurgam (PZ 1001) last November, which resulted in one fatality.

According to the bulletin, on 15 November 2019, the UK registered fishing vessel Resurgam was in Newlyn, England undergoing maintenance. An engineer and an apprentice from the owner’s shore-based support team were working on the main engine in the engine room.

Both installation contractors and the company’s engineer managed to evacuate, but the apprentice collapsed in the engine room. He was later recovered by the local fire and rescue service but was found not breathing and could not be resuscitated.

Though the exact causes and circumstances of this accident are still being investigated, it is evident that during the inadvertent discharge the apprentice inhaled a high concentration of the suppressant particles and this significantly contributed to the fatality.

FirePro’s Installation and User Manual and its product’s material safety data sheets had recognised the inadvertent discharge of the system, particularly during installation and maintenance, as a hazard. However, loss of life was not identifed as a potential outcome; therefore, says the MAIB, the risk associated with inhaling or ingesting a large volume of the suppressant particles was not fully appreciated or protected against.

In terms of safety lessons, the bulletin states that vessel owners, operators and those contracted to install FirePro and other similar condensed aerosol fire extinguishing systems should be fully aware of the potential risk to life from exposure to the aerosol particles.

The following safety precautions, they say, should be put in place:

The MAIB also recommends that FirePro issue a safety alert to the owner/operators of vessels fitted with its systems and its network of marine installation/maintenance engineers, highlighting the circumstances of this accident and advising them of appropriate measures to take to reduce the risk of exposure to fire suppressant particle