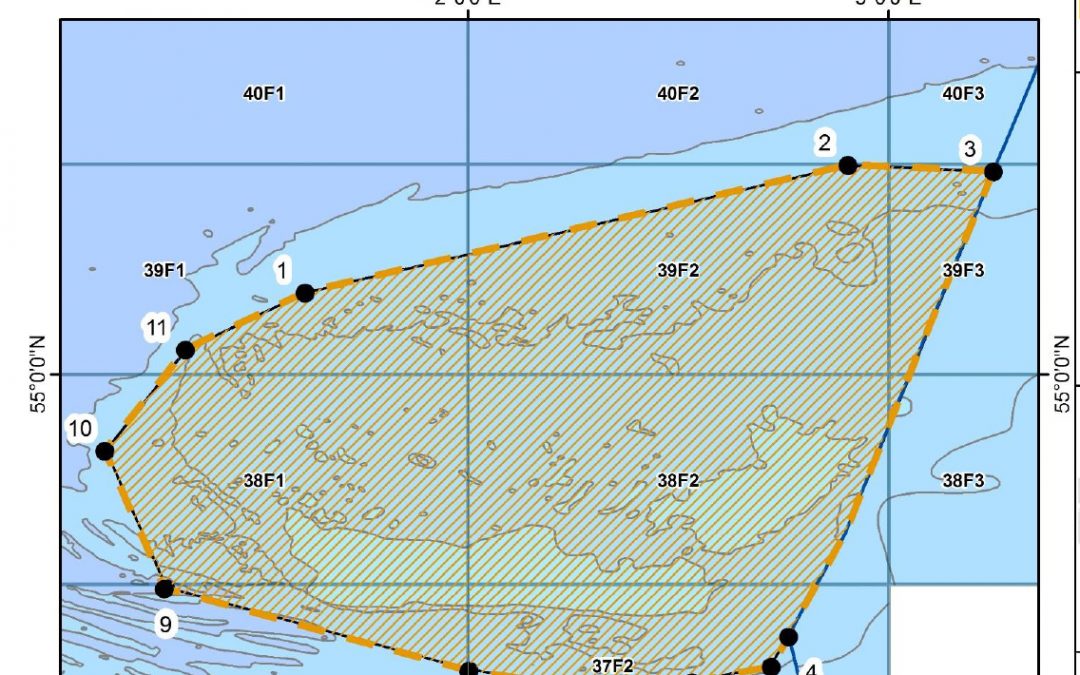 In a shocking development, the Marine Management Organisation has announced that intends to ban all forms of towed bottom gears in the Dogger Bank SAC and the majority of three other offshore MPAs.  The knock-on effects of this brutal approach will not stay confined to MPAs as fishing activity is displaced from its customary areas. The decision has been taken with zero discussion with those affected.

The proposals for the Dogger Bank which is the size of Northern Ireland will generate large scale displacement with knock on environmental as well as social and economic impacts.  As a shallow sand bank, the effects of fishing are limited on an ecology that is adapted to the routine impacts of waves and storms.   Not even the European Commission that had presided over the development of measures over the last 8 years thought that was necessary or proportionate.  Before Brexit it had been working on closing around a third of the site based on plans agreed between the UK, Dutch and German governments.

Many will now be asking what has changed.  They will also be asking how the government can permit the development of four of the largest wind farms in the world on the same site but take such a sledgehammer to fishing.  This punishing reversal comes on the back of the government’s failure to deliver on fishing in the Brexit negotiations, and damaging delays in the export of fish and shellfish.

Assistant NFFO Chief Executive, Dale Rodmell said, “We have worked with managers and government conservation advisors for more than a decade on this site. We were given no inkling that this would be the approach on one of the most resilient of habitats covered by the Blue Belt. Not even light-weight seine nets are to be permitted – previously it had been proposed this gear type would have full access. This changes the whole calculus on where it was expected that the balance would lie for sustainable fisheries access in meeting site conservation objectives. The proposals amount to a further sell-out of fishing. It augers ominously for other areas and for fishing communities in our increasingly crowded seas.”

It is not just the loss of fishing grounds to the Blue Belt which already covers 38% of our seas.  The unprecedented expansion of offshore wind also threatens fishing communities, where to meet net zero greenhouse gas emission commitments, a 12-fold expansion of offshore wind is needed.  It was expected that marine managers would be proportionate and identify synergies between conservation and different marine uses so to avoid hampering sustainable use of our seas and impacting customary fishing grounds that are vital to our coastal communities and form a sustainable protein source for the nation.  These proposals are anything but that.