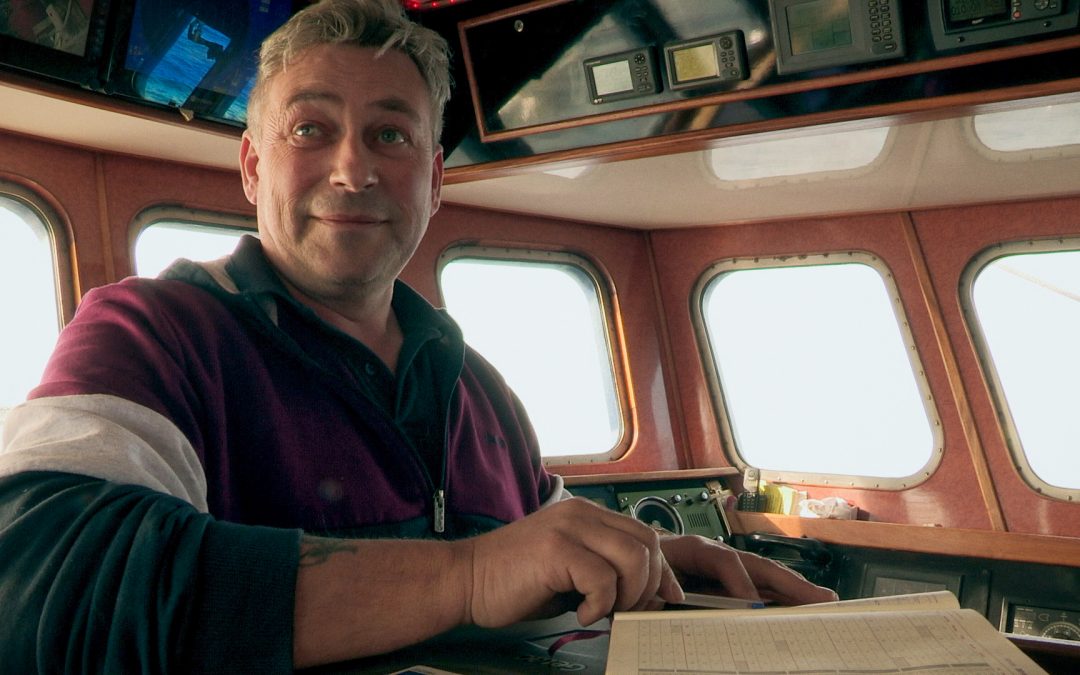 Storying some of the everyday realities faced by fishermen and women on the south coast of Ireland, a new fishing documentary, Gafa sna Líonta airs tonight, January 8 on TG4 at 9.30pm.

Despite having the richest fishing waters in Europe, Ireland’s fishing industry and fishing communities are swimming against the tide. Directed and shot by Darina Clancy, and filmed in the fishing towns of Castletownbere, Dunmore East and Heilbhic, the first episode in the new TG4 documentary series, Tabú, chronicles the challenges each season brings for the people fishing around our coasts as they struggle to make a living from the sea.

Offering a taste of the life of a fisherman and the challenges they face daily, the hour-long documentary features just some of the many types of fishing taking place around our shores – from pelagic to potting, seining to gillnetting. The documentary also follows the Irish Navy as they perform routine inspections on boats in Irish waters.

Frank and honest interviews with fishermen, who find themselves trapped by quotas and who are heavily policed by Irish and EU regulations, capture elements of the day to day lives of fishermen that oftentimes those regulations fail to grapple with.

Among those featured is seiner Damien Turner. Whilst not originally from a fishing family — his father was a merchant seaman — Damien came into fishing at an early age and excelled from day one. Now, he is rarely off the water. His boat, the Róise Catríona, is proudly named after his daughter. Never one to shy away from a challenge, Damien has navigated the obstacles that have been placed before him over the years and has earned the respect of the fishing industry at large for his innovative conservation and efforts to be proactive within the industry.

Patrick Murphy, CEO of the Irish South and West Fish Producers’ Organisation also features and his passion for the fishing industry is palpable. Patrick himself comes from a mussel farming family in the stunning Roaring Water Bay of West Cork where they have class A waters for farming – their product is exported to France and the Far East. Like many around our coasts, Patrick is adamant that if we fought just a little more for our rights within our own waters, the benefits to the country’s exchequer are boundless.

Castletownbere Fishermen’s Co-op Manager, John Nolan also makes an appearance. Pulling no punches, in a way that will be familiar to many, John has all the facts and figures at his fingertips and sees the pitfalls of the industry first hand every single day, but also offers reasonable solutions.

Further east along the coast, Dunmore East fisherman, Shane McIntyre recounts some of the many challenges he has faced over the years he has been at sea. Highlighting a reality that is all too familiar to the inshore fleet, Shane recently made the costly decision to adapt his boat as whitefish fishing became increasingly unviable for him. Today, having made the changes to make his boat suitable for lobster and crab pots, he now faces an unannounced challenge to the fishing grounds he has fished for years – offshore wind. Expressing a deep-seated desire for our authorities to fight our corner so he can simply provide for his family and do what he loves best, Shane also fears for how events will unfold at sea after Brexit and these are painted vividly.

To read more about Gafa sna Líonta, you can pick up a copy of the January issue of The Skipper where documentary maker, Darina Clancy discusses her experiences making the programme here