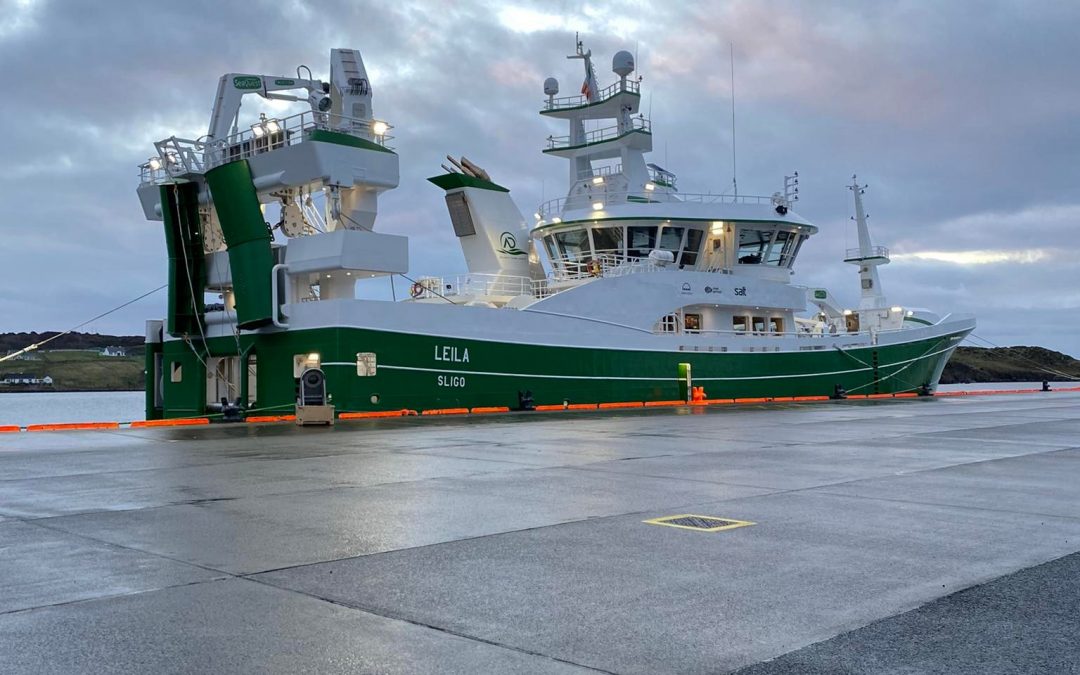 Thyborøn will be promoting their range of trawl doors at Irish Skipper Expo 2022, including the new Type 32 Bluestream door, which has received favourable reviews from pelagic skippers.

The Type 32 Bluestream is arousing much interest among Irish pelagic skippers, and the new trawler ‘Leila‘ for Atlantic Dawn Ltd has just purchased a set of 11m2 doors with hydraulic adjustable foils.

The new door is a direct development from the successful Type 22 Bluestream, and the innovative design enables a more fluent and efficient water flow during pelagic fishing operations.

Henrik Andreassen of Thyborøn says: “Thyborøn Trawldoor has succeeded in making an even more powerful design than the Type 22. The concept is simple – a door that creates greater spread with the same resistance as the previous model. 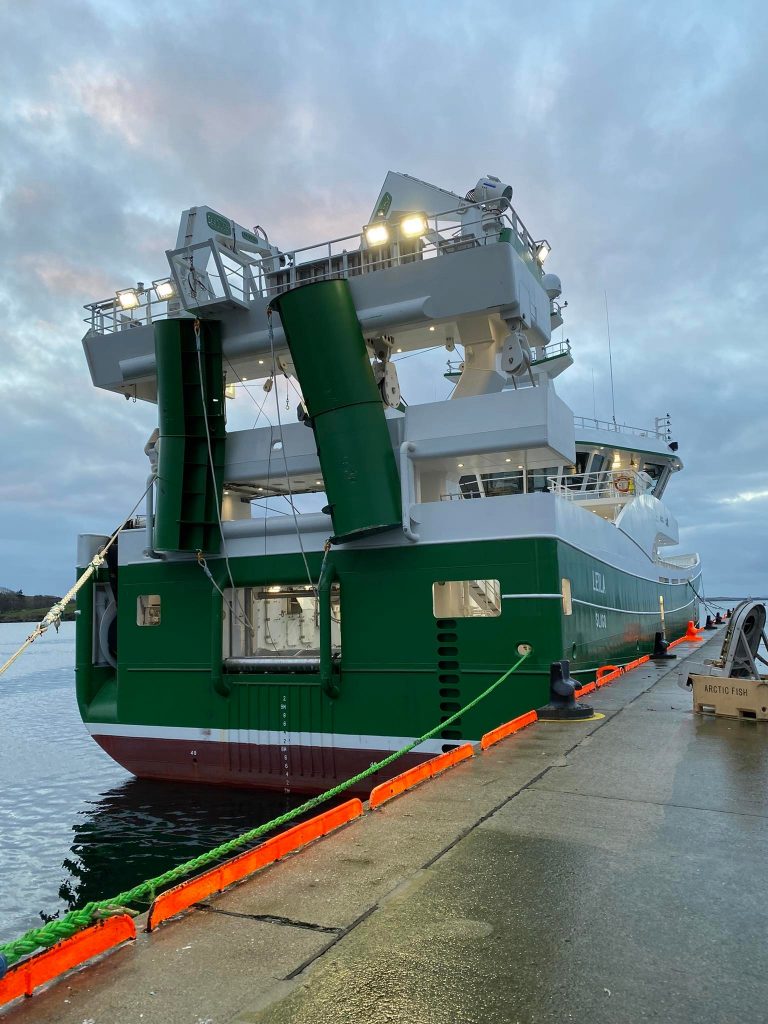 “From knowledge gained by CFD simulations, wind tunnel and flumetank testing, we have made the new design with deeper and longer foils. When these trawl doors are towed through the water, the double foiling Bluestream-system forces water through the deep foils at higher speed, thus creating a greater amount of lift while at the same time reducing drag impact.”

New wireless technology can be used in their operation, allowing the door spread and the towing depth to be controlled from the wheelhouse. Furthermore, a lock function, setting the doors to maintain a pre-set depth and spread, without requiring a steady wireless link to the wheelhouse, can also be utilised, which works well in tight turns, ensuring that both the outer and inner doors stay in position.

Skipper Albert Sveinsson of the Iceland vessel ‘Víkingur’ reports that the Type 32 Bluestream were used through last year’s herring and capelin seasons with good success. 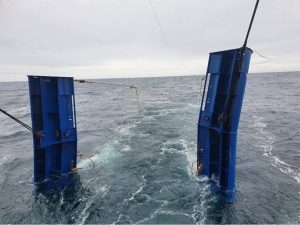 He said: ‘I’m very satisfied with these doors. They are steady during a tow, hold their squaring power in a turn and shoot away cleanly. It’s a big advantage to have doors that come straight up to the stern when we haul, and it’s much easier to get them square in the gallows to unclip so we can haul the sweeplines and the trawl onto the drum.”

Henrik Andreassen added: “The Type 23 Bluestream is already arousing much interest from Irish and Scottish skippers, and we look forward to discussing the advantages these new doors offer the pelagic industry at Irish Skipper Expo 2022. We will also be promoting doors in our demersal range for the whitefish sector, which deliver excellent fishing results.” 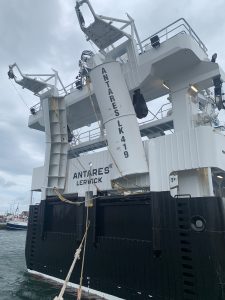