Who’s landing the catch from the UK’s EEZ? 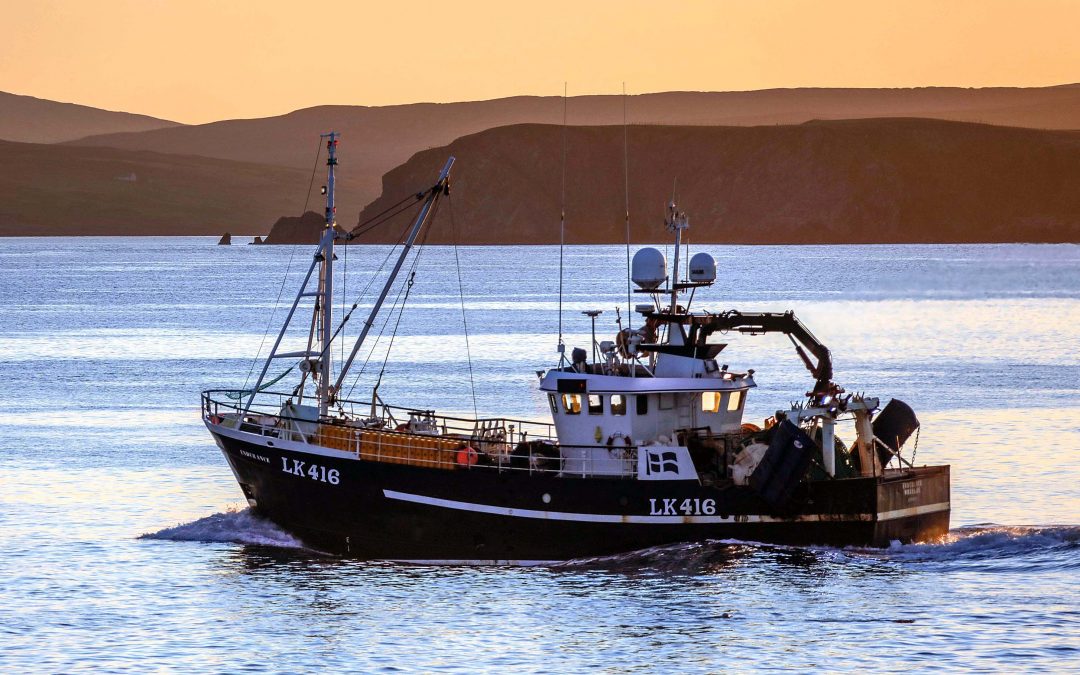 New research estimates that of the almost 2 million tonnes of fish and shellfish, worth £1.7 billion, landed from the UK’s Exclusive Economic Zone (EEZ) in 2018, more than two-thirds of that total (or more than half by value) was landed by non-UK fishing vessels.

The research, carried out by Dr Ian Napier of the NAFC Marine Centre UHI based in Scalloway, Shetland, indicates also that vessels from the EU have been increasing the amount of fish they catch in UK waters at a much faster rate than the UK’s own boats.

Analysis of official landings data carried out by Dr Napier for Shetland Fishermen’s Association (SFA) shows that between 2011 and 2018 vessels from the EU27 landed 60% more fish and shellfish from the UK EEZ while UK boats landed just 17% more, as catches in the UK’s EEZ increased “as a reflection of improved stocks across a broad range of species.”

For pelagic species such as mackerel and herring the increase was even more marked, with EU vessels landing 159% more fish from the UK EEZ over the same period compared with just 60% more for UK boats.

Simon Collins, SFA executive officer, said: “If ever there was a case for the UK escaping the iron grip of the Common Fisheries Policy, this is it.

“Not content with the fact that overseas vessels were already taking two-thirds of what should be a national natural resource, administrators have gunned the system to ensure that EU27 vessels in particular have taken the biggest share of the increase in catches that have come about due to stock improvements in recent years.

“The UK’s assertion of sovereignty over its own waters at the end of this year will allow us at last to address this outrageous imbalance. Independent coastal states cannot be pushed around in this manner.”

Elspeth Macdonald, chief executive of the Scottish Fishermen’s Federation, said: “Dr Napier’s report draws attention to the growing inequity of distribution catching opportunity between the UK on the one hand and the EU27 on the other.

“It is this imbalance that the Scottish industry has campaigned steadfastly to bring to an end with the UK leaving the CFP and becoming an independent, sovereign coastal state with full control over access to our waters.”

Dr Napier’s figures also show that around half of the demersal or whitefish stocks caught in the UK EEZ in 2018 (a total of 250,000 tonnes worth more than £500 million) was landed by non-UK vessels.

Meanwhile, 1.4 million tonnes of pelagic fish worth £760 million was landed from the UK EEZ. More than three-quarters of this total volume (and two-thirds by value) was landed by non-UK vessels.

Endurance on her way into Lerwick to land last April (Credit: Ivan Reid)