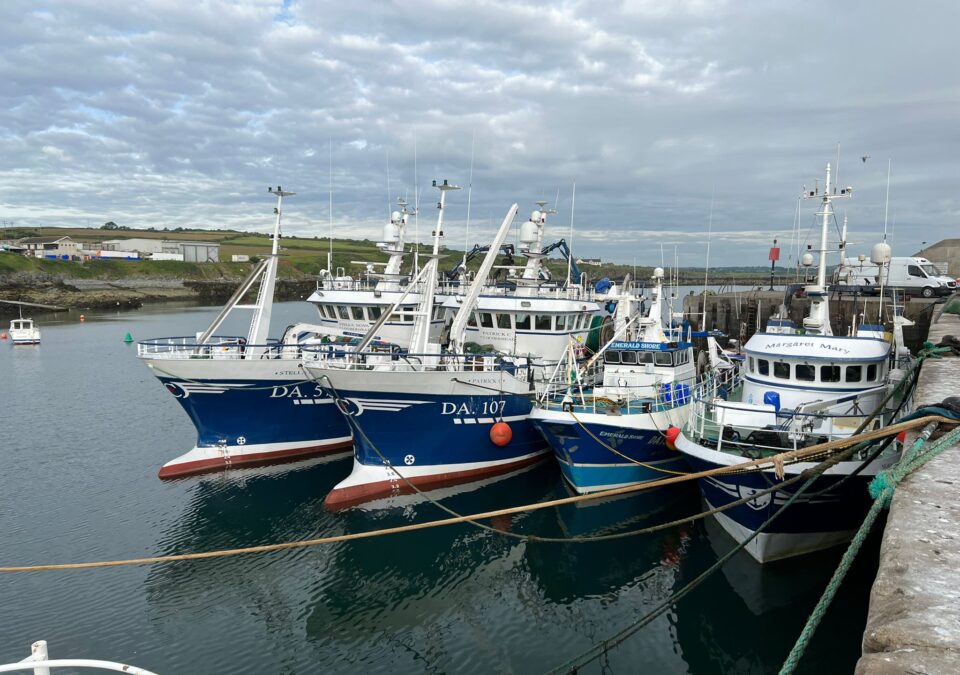 Fishing industry representatives say they are confounded and disappointed by the Government’s repeated refusal to draw down EU fuel aid. They met with the Minister for the Marine on Friday 23rd September and urged him to secure the existing EU aid to help with the crippling costs of going to sea.

However, Minister McConalogue failed to meet this demand, although it would incur no cost to the Irish exchequer. Furthermore, a statement issued by the Minister after the meeting on Friday made no reference to the EU fuel aid scheme.

The meeting was attended by Aodh O Donnell of the Irish Fish Producers Organisation and Brendan Byrne of the Irish Fish Processors and Exporters Association, among others. Mr O Donnell said that prior to the meeting the Minster had been presented with a pre-budget submission. This outlined fully costed measures aimed at creating a level playing field for Irish fishers in Europe.

“Based on BIM (Bord Iascaigh Mhara) annual consumption data, we require fuel aid of €20m to €25m a year to compete effectively in Europe.  Otherwise, we are up against fleets whose governments are distributing the existing EU fuel aid or offering other fuel aid support. Whereas many Irish boats can’t afford to fish because of fuel costs or can’t make a profit on fishing.

Brendan Byrne of the IFPEA said this was the second meeting they’d requested and held with the Minister this year. “The industry spoke with one voice on the key issues of fuel aid and securing EU approved measures to enable our fleet to compete.”

“The Minister took note and undertook to assess the industry’s needs. We also pressed for the unallocated €5m European Maritime and Fisheries Fund (EMFF), which is fully EU funded, to be used as a support measure for our industry.

Mr O Donnell said they would be discussing the Minister’s response with their members and hoped the Minister would take practical action soon to address their concerns.  “Our fishing families and coastal communities deserve clear answers and clear action. Jobs, livelihoods, and communities are all at risk here. We are operating in an environment of uncertainty requiring a decisive approach in line with European counterparts. The time for action is now’’.