Low Uptake for June Tie-up: Those deemed eligible even lower 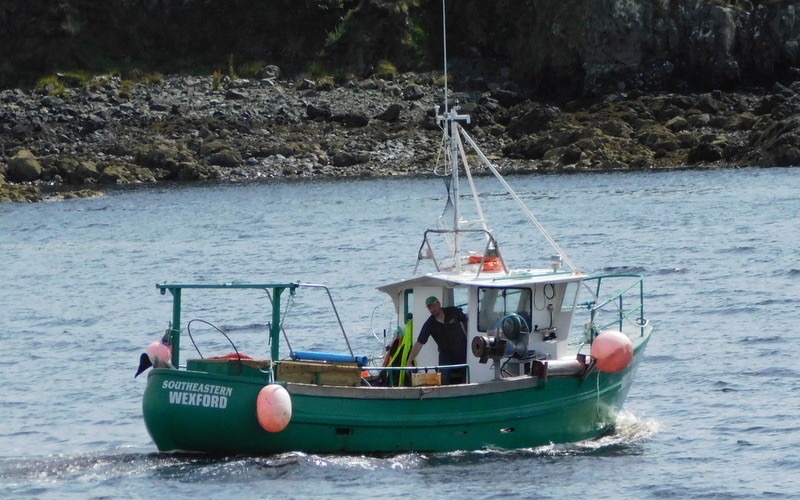 Of little surprise, no doubt, to Ireland’s fishermen and women, uptake on the Minister’s COVID-19 Tie-up Scheme for the Irish fleet so far has been low. Out of those who did apply, less than 63% were granted eligibility to the scheme.

A statement from BIM this afternoon indicates that out of a total 104 applications received for the Temporary Fleet Tie-up Scheme for the month of June, 65 applicants were ultimately successful.

Of the 39 unsuccessful applications, BIM said 9 did not fully complete their applications, 5 missed the closing date but have been offered an alternative tie-up month, and 25 were closed.

In total, 67 applicants were approved under the scheme to tie-up for June. However, two of the approved applicants “did not hand in their sea fishing licence as required under the conditions of the Scheme.”

Of those 65 applicants ultimately deemed eligible, 57 were under 15m vessels (88%). 50 were under 12m (77%). The table below provides a full breakdown of approved applicants.

So as to qualify for the scheme, among the criteria vessel owners must meet is to “have made total to a minimum value of €5,000 in the calendar year 2019, by reference to the Irish Sales Note System administered by the Sea Fisheries Protection Authority (SFPA). Sales recorded outside of this system will not be taken into consideration in meeting this criterion”.

Of the unsuccessful applicants, 12 (or 31% of those ultimately deemed unsuccessful) did not qualify for the June period due to insufficient SFPA registered sales notes.

In this regard, BIM said: “In such cases BIM advises applicants to check/ confirm with their buyers that their registered sales notes are fully up to date on the SFPA sales notes system.

“If, in the interim, any such update has made a material difference to the registered sales notes, the applicant should directly contact their BIM grant administrator to inform them that system has been updated. BIM will then contact the SFPA to confirm that the condition has been met.

“Assuming all else is in order the applicant may then select and be offered the July and / or August tie-up months.”

Under the scheme, which has been funded by the European Maritime and Fisheries Fund (EMFF), vessels can apply for support to tie up for one or two months, either in June, July and August.

On announcing the scheme Minister Creed said it would “support the fixed costs incurred by owners of fishing vessels while tied up.”

The level of supports offered under the scheme, and the scheme’s design, however, have been widely criticised by the Irish fishing industry, who last month cautioned there would be very little uptake on the scheme.

In this respect, representatives of both the inshore and offshore sectors said that rather than achieving the Minister’s espoused objective of matching supply and demand, the “completely unfit for purpose” scheme would do the opposite and work to make an already oversupplied market worse.