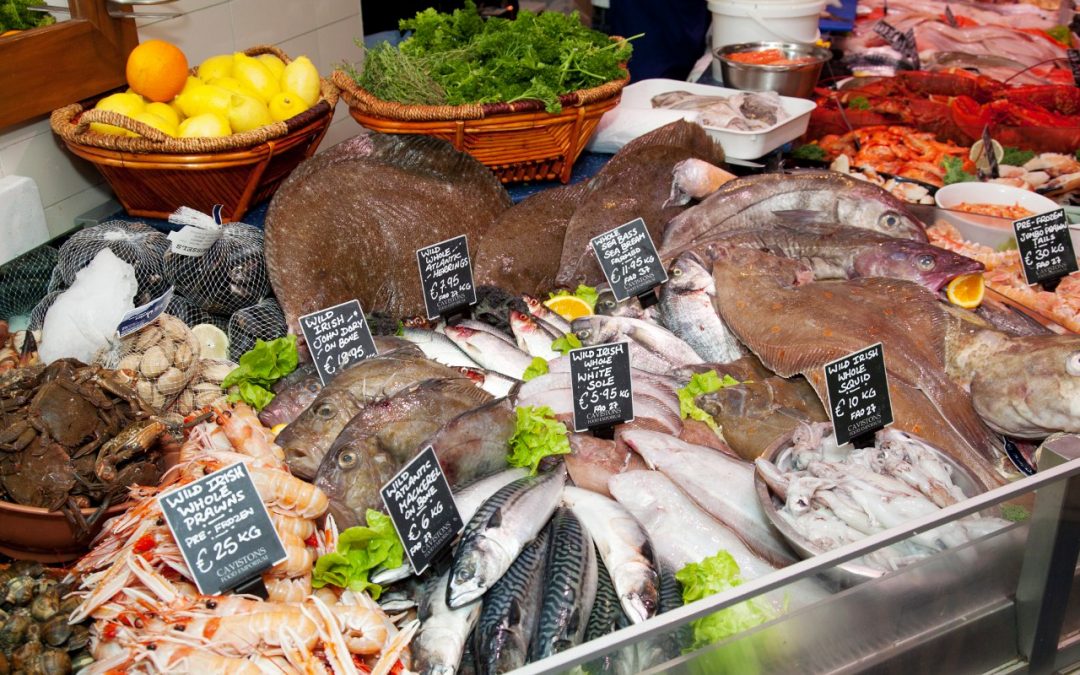 While quality is the main priority of Irish consumers (96%) when buying fish or shellfish, knowing it has been caught legally (85%) and in a sustainable manner (87%) have emerged as major concerns too, on par with price (87%). These are among the findings from a new survey¹ of consumers who eat fish regularly commissioned by the Sea-Fisheries Protection Authority (SFPA), the sea-fisheries and the sea-food safety regulator.

The vast majority of those surveyed (92%) believe more should be done to safeguard the sustainability of Ireland’s marine resources. There is overwhelming support for the reporting of illegal fishing to the authorities (90%) with most (77%) consumers saying that they would not buy fish if they knew it was illegally caught. The importance of traceability also featured strongly in the results, especially amongst younger consumers, with almost half (48%) of those aged under 35 saying that having greater confidence in the traceability of a product would encourage them to eat more fish on a regular basis. 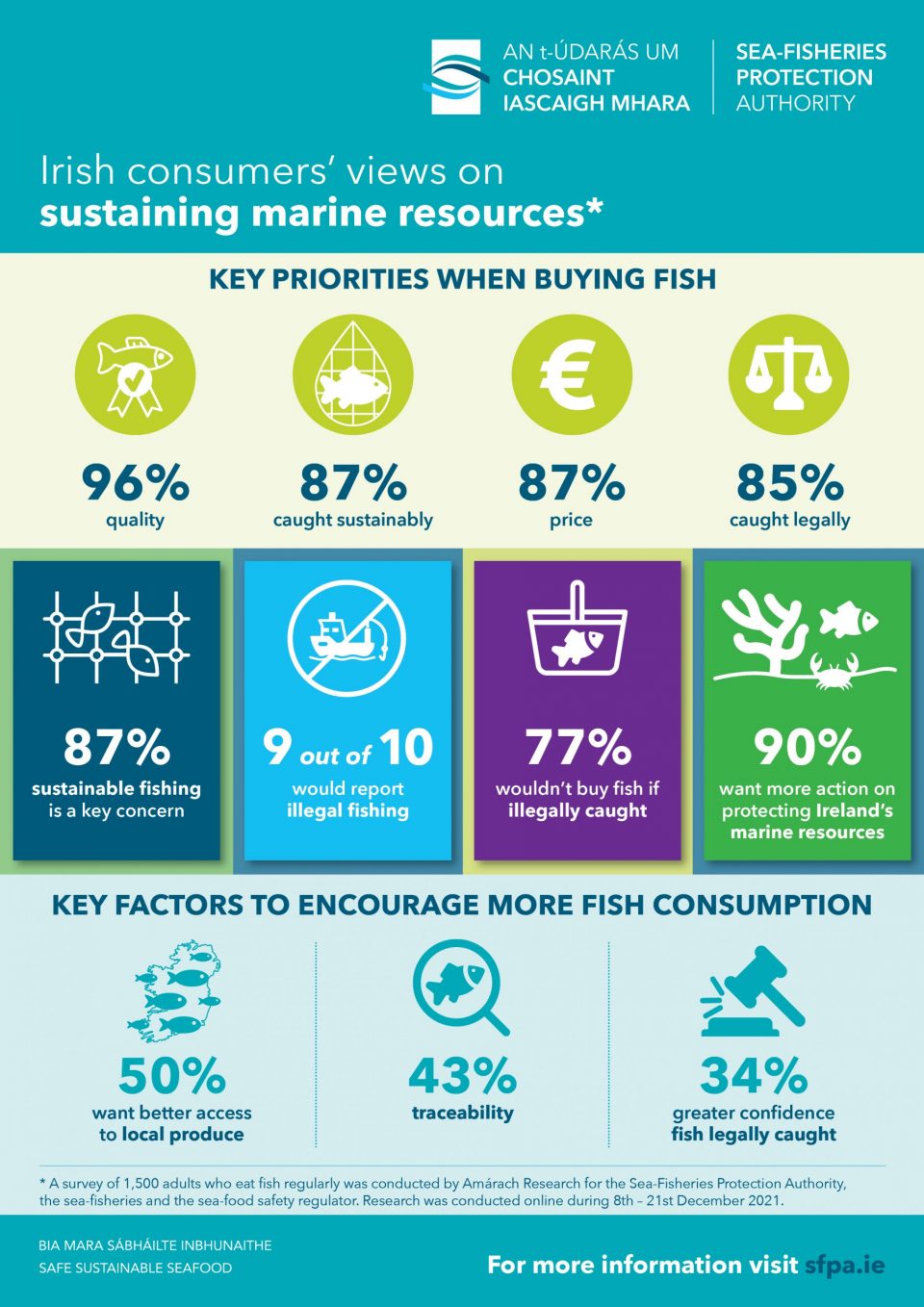 Tim Donovan, Authority Member, SFPA commented: “Like many other parts of the economy, the sea-fisheries and seafood sector has seen some constriction of activity and sales due to the impact of the Covid-19 pandemic. Nonetheless the resilience of the sector and the potential for further development of domestic and overseas markets is widely acknowledged. Consumer trust in the quality, provenance and safety of Ireland’s seafood produce is critical to achieving these ambitions and cannot be overstated. It is essential to the reputation and future success of the sea-fisheries and seafood sectors which so many communities around the coast rely on for a living.”

“Everyone linked to the sea-fisheries and seafood sectors must remain attuned and responsive to this, doing everything they can to assure that trust. Fundamental to this is regulatory compliance and where people believe sea-fishing related activity to be suspicious, illegal, or potentially harmful to fish stocks, reporting these concerns to us.

The research highlighted that concern for environmental matters is very high amongst consumers – particularly for aspects relating to the marine environment. Most regular consumers of fish (82%), especially in coastal regions, are willing to change their buying habits to reduce their impact on marine resources while almost three quarters (seven out of ten) stated they only want to buy fish in a way that does not adversely impact marine resources.

Ireland’s seafood economy is valued at an estimated €1.09bn per annum with domestic consumption accounting for 37% of this figure.  Currently the industry supports over 16,000 livelihoods with over 1,994 Irish-registered vessels, 309 aquaculture production units and 160 seafood processors.

Anyone who wishes to report suspected illegal sea-fishing activity can contact the SFPA Confidential Line on 1800 76 76 76, by email at confidential@sfpa.ie or through the SFPA’s website: SFPA.ie/Confidential-Line.