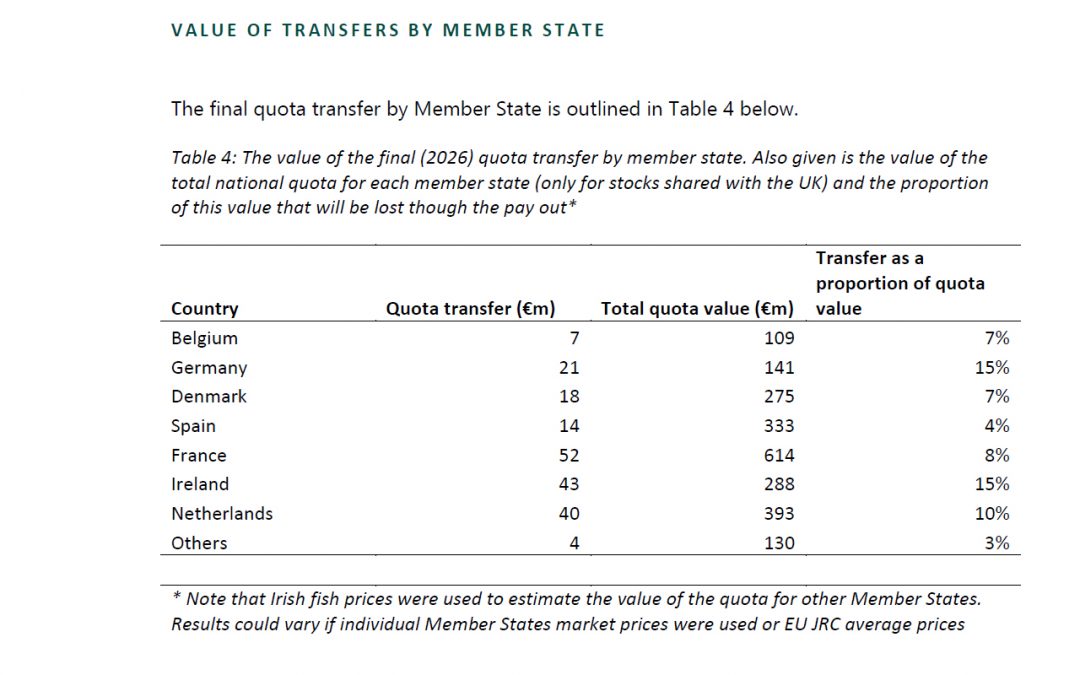 The Dept of the Marine has released  a preliminary analysis of the transfer of quota shares from Ireland/EU to the UK under the Trade and Co-Operation Agreement.

The new analysis estimates the  total loss to Ireland’s fishermen at €43 Million which is a large increase on the figure of €34 Million announced by Ministers Coveney and McConalogue after the deal was agreed.

Breakdown of the latest figures show how Ireland has surrendered a greater percentage of quota than most other EU member states. 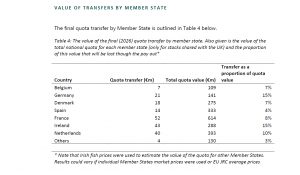 The full analysis can be examined below: