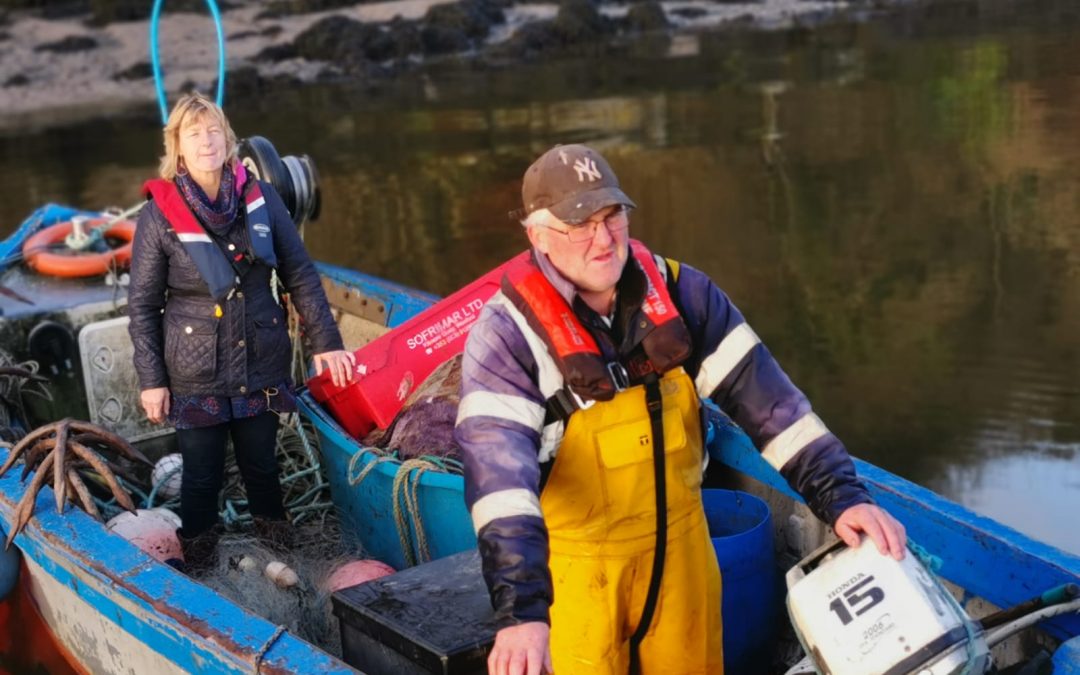 Green Party MEP for Ireland South Grace O’Sullivan has urged Marine Minister Michael Creed to take immediate action to implement a newly developed European funding package for hard-hit Irish fishing sectors, whilst at the same time examining the reintroduction of adequate monitoring of fisheries, aquaculture and water to mitigate against further serious issues into the future.

Ireland’s only sitting member of the European Parliament’s PECHE Committee, the MEP said:

“I’ve written to Minister Creed today to urge him to roll out this assistance to one of our hardest hit sectors as quickly as possible. Fishing sectors have been suffering from the effects of COVID-19 since the closure of Chinese and other import markets since January. I’m sure he realises the urgent situation Irish fishing sectors are facing. Parts of the industry are on their knees.

“Of course access to, and focussed distribution of funds is top priority in the immediate short term; however the Minister must also ensure that we work to quickly prioritise food safety and sustainability.

“With official monitoring of fisheries, aquaculture and water drastically reduced over recent weeks, consideration needs to be given to possible longer-term impacts of this. For example, some NGO workers have expressed concerns about the possibility of lice escaping from salmon fisheries into the wild stock if unmonitored.

“I’d also have particular concerns around, for example shellfish harvesting, where longer term viability is being seriously undermined at the moment, with producers unable to move their stock in a timely manner because of market collapses or other COVID-19-related factors.

“For these businesses, that provide vital employment in communities, the struggle to survive is very real. They still need to tend to their living stock on a daily basis, but with the export market at a total standstill since January, that is not sustainable without substantial and urgent intervention.”

The European Commission has proposed to expand the role of the European Maritime and Fisheries Fund (EMFF) for the period of the crisis, to allow for compensation to those unable to fish or sell their products due to the current conditions.

Ahead of a vote on the package in the European Parliament today (Thursday, April 16), the Ireland South MEP said:

“On Thursday we vote on a legislative proposal around immediate relief for hard-hit European fishing communities. Europe is being proactive in opening channels of funding and support, but on the ground in Ireland, the ball is in the Minister’s court to access that funding.

“Not only must he demand a fair share of the funding, but he must distribute it throughout the country and not focus it in one or two geographical areas.”

Ms O’Sullivan has been in touch with many representatives of fishing communities during the crisis to discuss their needs across a number of areas.

“Some concerns have been raised directly with me around the past distribution of funding, both in terms of geography and the type and size of fishing operations. I would like to see transparency and fairness in these times of crisis.

“Yes, we need to keep our bigger fleets afloat, and we need to ensure the survival of our processors and other spin-off areas that provide vital employment.

“At the same time though, we need to make sure that those fishers who take to sea in smaller vessels, whether they’re going out of Dunmore East or Helvick, Union Hall, Greencastle or wherever, can get through these harrowing times and be able to resume their careers.”

The Waterford MEP, who herself spent 10 years at sea with peace and environment group Greenpeace, said the plight of people who make their livelihood from the sea is close to her heart.

“Fishing is a tough, tough life. Some of my brothers were fishermen. I spent years at sea myself. I hear stories of absolute hardship from people who leave our shores day in day out to provide us with vital and healthy food.

“Individual fishers and the fisheries sector as a whole need support in these trying times. Myself and my team are doing everything we can to get the views and needs of stakeholders included in this process, and get them help and fair treatment where it is most needed.”