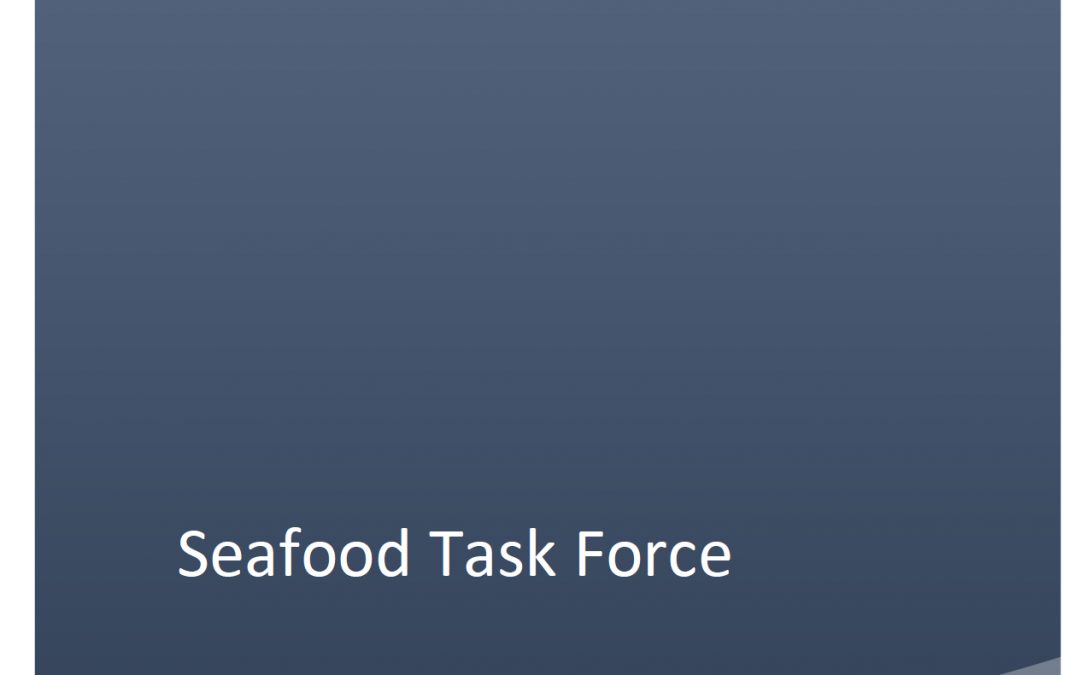 Minister for Agriculture, Food and the Marine Charlie McConalogue has now received the interim report of the Seafood Sector Task Force. The Minister set up the Seafood Sector Task Force to examine the implications for the Irish Fishing industry and coastal communities particularly dependent upon it arising from the Brexit Trade and Cooperation Agreement, agreed between the European Union and the UK.

The Task Force, Chaired by Aiden Cotter, was charged with recommending initiatives that could be taken to provide supports for development and restructuring, so as to ensure a profitable and sustainable fishing fleet and to identify opportunities for jobs and economic activity in coastal communities dependent on fishing.

The Minister requested that an interim report to focus on arrangements for a temporary voluntary fleet cessation scheme to counter the impact of the reduction in quotas would be provided, followed later by the full report of the Seafood Sector Task Force. The Task Force was also asked to review the options and recommend actions that may be pursued which would assist in reducing the burden on Ireland from the transfers of fishing quota shares to the UK.

The Interim Task Force Report , supported by all Members of the Taskforce, addressed the issue of burden sharing between Member States and recommends a range of initiatives to address the quota reductions in Trade and Co-operation Agreement. The Taskforce recommended a series of actions targeted at pelagic quotas and actions targeted at demersal quotas. The Interim Report indicates that the recommended actions, after further consideration by the Task Force, will be set down in detail in the main Report. The Interim Taskforce Report also recommends that a voluntary temporary cessation scheme of one months duration be offered, to approximately 220 whitefish vessels impacted by the quota reductions, in the period from September to December.

The Minister said “I wish to thank the members of the Seafood Sector Task Force for their constructive engagement under the guidance of the steering group (Aidan Cotter, Margaret Daly and Micheál O’Cinneide) to draft this interim report, which I requested would focus the issue of burden sharing and  on arrangements for a temporary voluntary fleet cessation scheme to counter the impact of the reduction in fishing quotas under the Brexit Trade and Co-operation agreement. I am delighted to have now received that interim report.”

The Seafood Sector Task will continue its work with a view to producing a final report for submission to the Minister. The terms of reference ask the Task Force to outline the arrangements for a voluntary decommissioning scheme or other initiatives to address the implications of the Trade and Co-operation Agreement and outline other developmental strategies to strengthen and enhance coastal communities especially dependent on the seafood industry. The Task Force will also review the options and recommend actions that may be pursued which would assist in reducing the burden on Ireland from the transfers of fishing quota shares to the UK.

The Minister went on to say “I have asked the Task Force to consider how all available funding streams could be used to address, to the extent possible, initiatives to mitigate the impact of quotas transferred to the UK under the Trade and Co-operation Agreement.  While the Brexit Adjustment Reserve and the European Maritime Fisheries and Aquaculture Fund will be very important elements in the implementation of the recommendations of the Task Force, they should not be considered the only sources of funding and, in the first instance, it is a matter for the Task Force to consider appropriate funding sources for recommendations they may make.”

The Seafood Sector Task Force is continuing its work and has, to date, met on seven occasions and received a total of 57 submissions from its members and through the public consultation process.