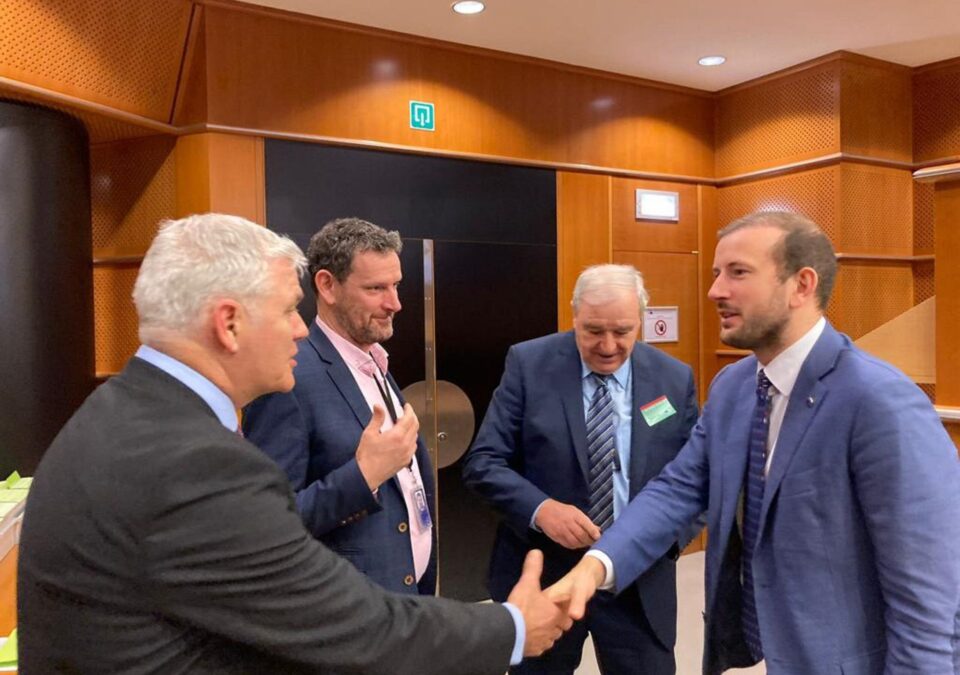 The Irish Fish Producers Organisation (IFPO) has met the EU Fisheries Commissioner in Brussels to demand they reject Norway’s request for unilateral access to Irelands’ blue whiting grounds. The demand comes as ongoing Norway-EU fisheries negotiations run over time, partly due to the blue whiting row.

IFPO chief executive Aodh O Donnell says Norway’s request “is NOT part of their existing agreement with the EU. Instead, they are seeking, for a second consecutive year, additional and unfettered access south of the 56-degree line of the Irish Exclusive Economic Zone (EEZ).”

“Specifically, Norway – who are not EU members – are likely to have an 81 % increase in their quota next year. They want to catch a large share of that quota in Ireland’s rich Blue Whiting grounds. In making this demand, Norway is not offering any reciprocal access to their own fishing grounds for Ireland.”

“At this time, neither is the EU seeking reciprocal arrangements for Ireland, to balance the blue whiting access request from Norway. We understand the whiting may now form part of an overall agreement that includes arctic cod quotas from Norway to the EU. However, shockingly, it appears these cod quotas will mainly be allocated to other EU member states. In other words, Ireland will pay the price but will not make the reciprocal gain. So, it appears that we must fight alone for fair play.”

Mr O Donnell says the failure to resolve this row, which has received international media coverage, “is a source of serious disquiet and uneasiness for the Irish Seafood Sector.” He visited Brussels this week on the invitation of Fine Gael MEP, Colm Markey, who has maintained a close watch on the blue whiting issue.

‘’We are in a difficult space as the negotiations are conducted by the EU, and Ireland has a limited input in the final outcome. It was heartening to have Colm support the sector at this important time and to work hand in glove with us to raise awareness of this matter at EU Level.!

“The blue whiting request was raised by Colm Markey at a Committee on Fisheries, which was chaired by Pierre Karleskind, Renew Europe Group. This meeting was attended by the EU Fisheries Commissioner for the annual end of year exchange of views. This was an opportunity for the Irish case to be presented and the importance of this issue highlighted.”

“Colm and myself were afforded a further opportunity to engage with the Commissioner after the meeting. Commissioner Sinkevičius showed an understanding of the issues and was well appraised of the concerns of the Irish Seafood industry.”

O Donnell added that he was ‘’very grateful to the Commissioner, Colm and his team for facilitating this engagement. I am also satisfied that the wheels are in motion to have further meetings on this matter and other key issues in the near future.”

“It is imperative that the seafood industry maintains a united front to communicate the needs of coastal fishing communities and the considerable spin off industries that are linked to the sea. We are an island nation, and the marine sector has considerable development potential as we maintain the commitment to sustainability and securing a fairer share and access to our marine resources. “