Gillnetting Protest Steps Up A Gear With March Through Lerwick 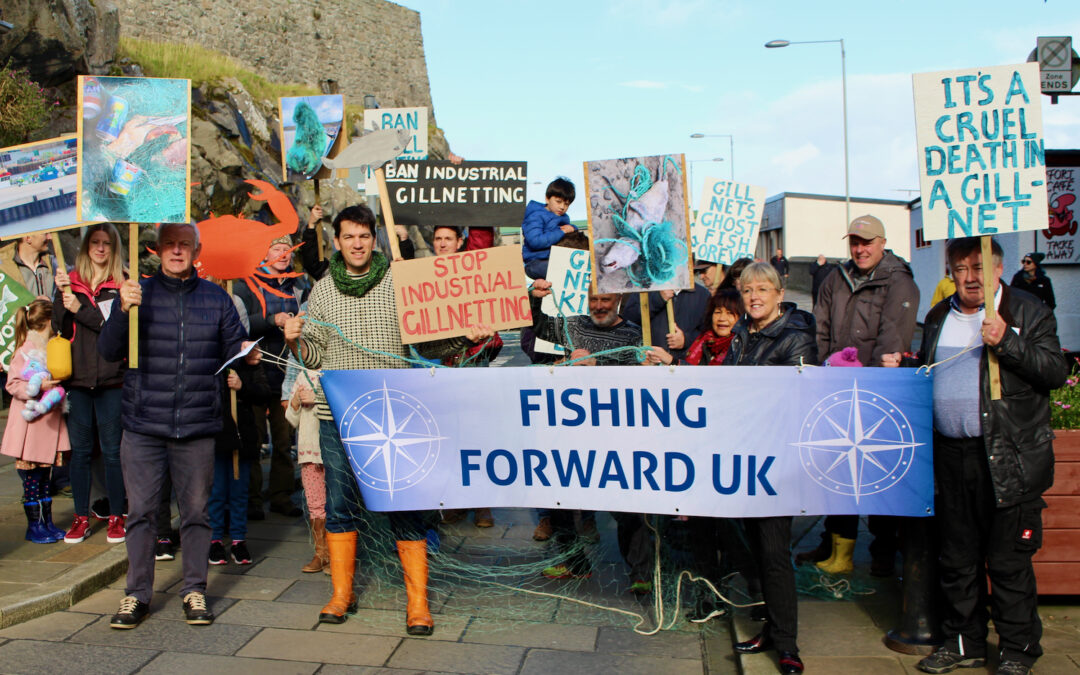 CAMPAIGNERS who want to see a ban on the controversial fishing practice of industrial gillnetting took to the streets in Shetland on Saturday in what was their second public protest.

The march through Lerwick’s Commercial Street kicked off at the Market Cross short after midday, and it finished up near the Fort fish and chip shop.

It comes after a protest was held at the Cross in August. 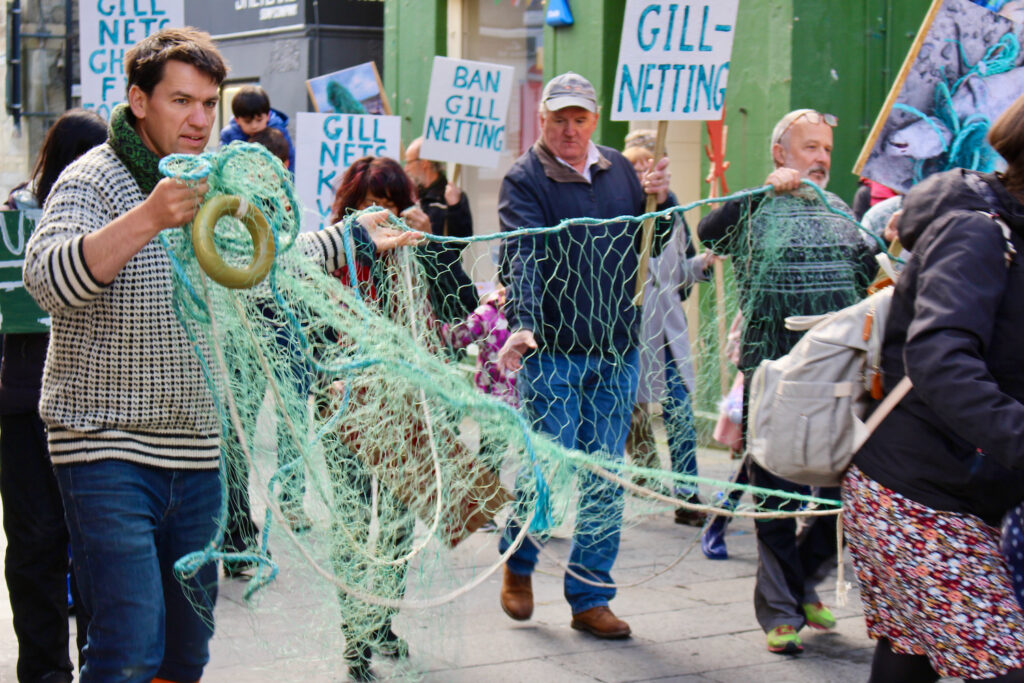 The events have been organised by the Fishing Forward UK group, which wants to see greater ecological, social and economic sustainability in the UK catching and processing sectors, while the Green party are on board too.

The aim is to see industrial gillnetting in boats over 15 metres banned because of the “endless destruction and cruelty to marine life and birds”, including in the waters around Shetland.

Only a few weeks ago Shetland Islands Council agreed to write to the Scottish Government to request just that after the development department compiled a report on the matter. The local fishermen’s association has also spoken up about the issue too.

The topic is long-running and centres around European boats that use large gillnets.

Gillnetting uses huge monofilament plastic nets that cover vast areas of sea and are designed to catch everything swimming in their vicinity, often resulting in the entanglement of sea mammals and birds.

The nets are generally discarded in the water after use, posing a continued threat both to wildlife and to shipping traffic. The nets are regularly dragged up by local fishing vessels.

There are also concerns that gillnetters squeeze out local boats from their traditional grounds to the west of Shetland.

Speaking as the march reached the end of the street, Green councillor Armitage said: “This is a message to [rural affairs minister] Mairi Gougeon of the Scottish Government, we want to ban industrial gillnetting in Scottish seas.

He said prior to the march “we don’t have any other option” than to continue protesting if nothing changes.