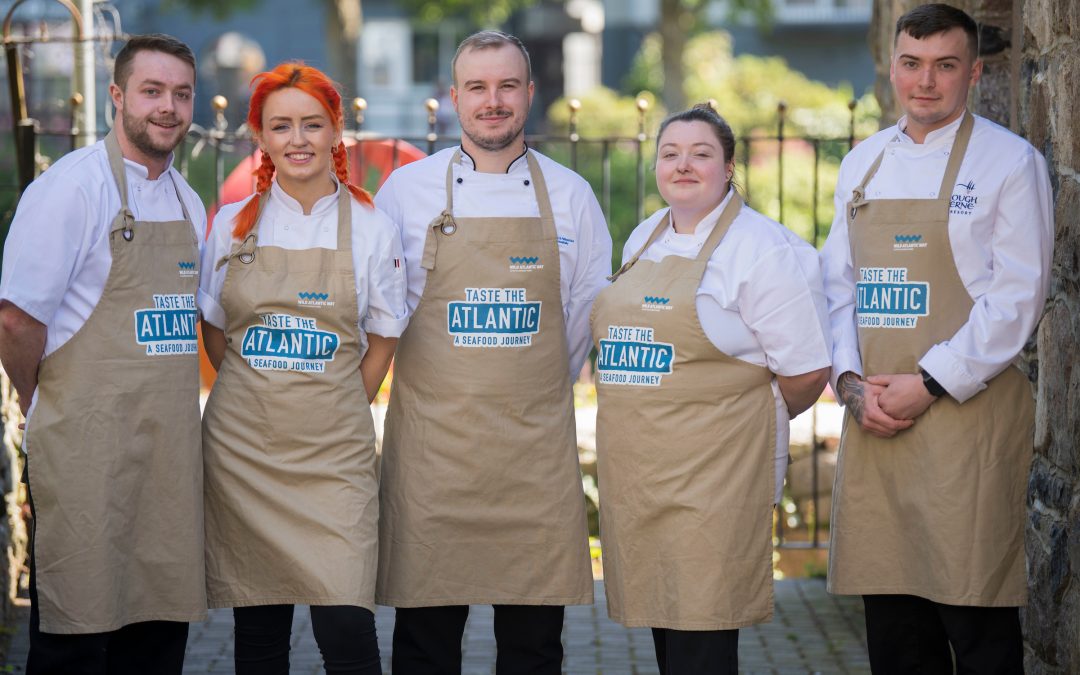 Five young chefs have been announced as the Bord Iascaigh Mhara (BIM) Taste the Atlantic Young Chef Ambassadors for 2022.  The programme, now in its second year, was created by BIM, and is a collaboration with Chef Network and Fáilte Ireland as a way to give emerging young chefs in-depth experience of the Irish aquaculture, seafood, and coastal tourism sectors. During the immersive four-month programme, each of the chefs will embark on a seafood journey along the Taste the Atlantic trail, familiarising themselves with the salmon, oyster and mussel producers working along the Western seaboard.

This week the chefs visited seafood producers in the West of Ireland, including a visit to the Burren Smoke House, Co Clare where owner and producer, Birgitta Curtin gave a demonstration at her Irish salmon smokery. This was followed by a visit to Flaggy Shore Oysters in Co. Clare where the chefs learnt about oyster production, and a visit to Moran’s Oyster Cottage in Kilcolgan, Co Galway to further their understanding of the importance of oyster production in the area. 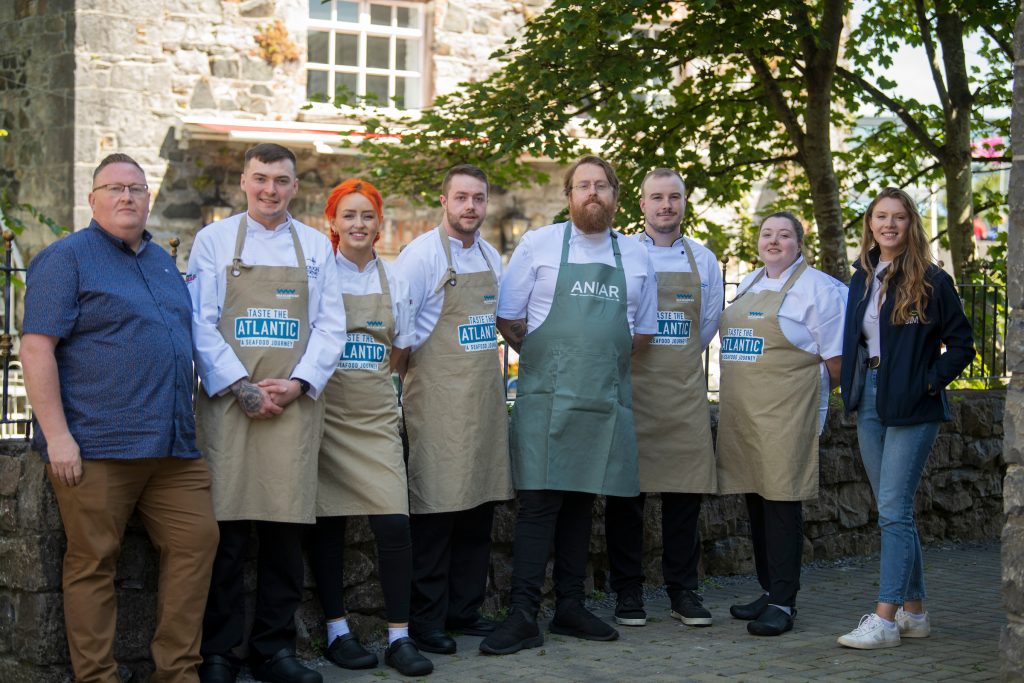 Additional field trips to Connemara and West Cork are included as part of the programme and the chefs will spend two days developing their culinary skills with Michelin star chef JP McMahon at his Aniar Restaurant in Co Galway.

Master fishmonger Hal Dawson will also provide training to the chefs in fish quality and preparation skills at the BIM Seafood Innovation Hub in Clonakilty, Co Cork where they will also attend a culinary business workshop.

One of the unique features of the BIM Taste the Atlantic Ambassador programme is the pairing of chefs with seafood producers helping them to gain a deeper understanding of the provenance of Irish seafood.

The programme will culminate with an event at the Galway International Oyster and Seafood Festival in September.

Details about the 2022 young chefs are as follows:

Aged 21 and originally from Drogheda, Roann showed an early ability in baking and enterprise by establishing a cake business while still in secondary school. Having completed Baking and Pastry Arts in Technology University Dublin, she discovered a love for the kitchen and progressed into a BA in Culinary Arts, which she completed this year. Roann was nominated for the programme by Mikey Sweeney, former Head Chef in Bryanston Social where she has worked for the last 2 years. Roann is looking forward to visiting seafood producers during the programme as she is passionate about the role chefs can play in promoting local produce on menus.

Rebecca is 23 and from Kilcolgan, Co. Galway. Rebecca has a degree in Culinary Arts Management from ATU Galway, and has spent time working in Adare Manor, Co. Limerick. She recently took up the position of head chef at Hooked Restaurant in Sligo, where she has worked for the past 2 years. She was nominated for the programme by Hooked owner Anthony Gray. Rebecca has seen the food and tourism scene develop in Sligo in recent times and is driven to grow its food tourism potential. Over the last two years she has developed relationships with local seafood suppliers and would love to grow that list and gain new ideas, explore new methods, and bring something different to the food scene in her adopted county.

Hailing from Kenmare. Co. Kerry, Robin is 24 years old and has spent several years working in the hospitality industry both back and front of house. Discovering that his passion was for the kitchen, Robin returned to education to train as a chef and this year completed year two of a Higher Certificate in Culinary Studies in MTU Cork. He was nominated for the Taste the Atlantic young chef programme by his lecturer Breda Buckley. He is Chef de Partie in Mulcahy’s in Kenmare where he has worked for the last three years.  Robin is passionate about sustainable cooking, and wild and foraged food.  He is keen to learn more about aquaculture and working more closely with producers.

Stephen, aged 21, is originally from Ballycotton and has completed 2 years of a Batchelor of Business in Culinary Arts MTU Cork. He was nominated by Kieran Scully, who has been his lecturer at college and his also his Head Chef at the Bayview Hotel where Stephen has been working over the past two year. Having grown up in the fishing village of Ballycotton, Stephen is eager to learn more about aquaculture and the seafood sector along the Wild Atlantic Way and to work closely with producers to promote the best of Irish produce on menus.

Aged 24, Torin is originally from the small village of Annacloy in County Down. He studied at SERC in Downpatrick and is learning his craft at Lough Erne Resort in Co. Fermanagh, where he has worked for one year to date. Torin was nominated by Lough Erne Resort Culinary Director Noel Mc Neel. Torin has the opportunity to use lots of local products from great suppliers in his work and is looking forward to seeing what the Taste the Atlantic Seafood producers have to offer and how those produce can be used to produce fine dining dishes.