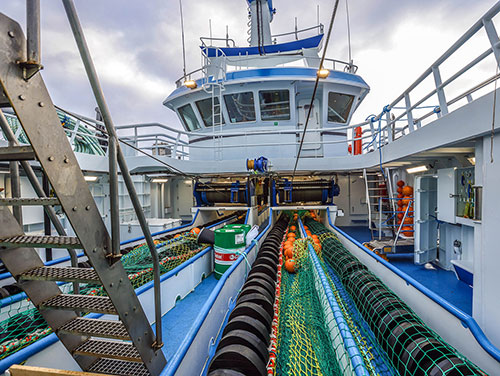 Today, an alliance of fishing organizations from 14 EU countries including Belgium, Denmark, Estonia, France, Germany, Ireland, Italy, Latvia, Lithuania, Netherlands, Poland, Portugal, Spain and Sweden, representing over 22 000 fishermen and 8 000 vessels, presented to Fisheries Commissioner Sinkevicius the importance and realities of bottom fishing activities across Europe. The meeting was requested by the industry due to the negative perception expressed by the Commission towards certain bottom gears and against the background of the Action Plan that the Commission is developing to further protect fisheries resources and marine ecosystems in the context of EU’s 2030 Biodiversity Strategy. The industry showcased the sustainability and overall importance of these widespread fishing methods in all EU member states and demonstrated that these fisheries are well regulated, controlled, researched and widely certified.

Industry representatives from across Europe spoke with a united voice in the meeting highlighting the fundamental role played by bottom fisheries, both small and large scale, in guaranteeing food security.

Javier Garat, convener of the meeting with the Commissioner, declared: “Our vessels bring ashore more than one million tons of healthy and sustainable seafood annually, which represents around 25% of the total EU landings. The value of the landings generates almost 40% of the total revenue of the sector, contributing to the wealth, employment and industrial fabric of many coastal and peripheral communities”.

In the announced Action Plan, the European Commission is considering the introduction of limitations and restrictions to the use of bottom contacting fishing gears.

Gerard van Balsfoort, co-convener of the meeting, declared that: “Thanks to effective, science-based management bottom fishing activities only take place in limited and high-resilient marine grounds, minimizing impact on the marine ecosystems and resources. Recent scientific research demonstrates this.” He continued, “The Commission’s policy direction on bottom fishing should be based on factual, scientific and peer-reviewed evidence and comprehensive impact assessments. Using pseudoscience or unsubstantiated claims, such as those relating to the fisheries footprint or carbon emissions of the sector, to build EU policies will not help oceans’ health nor fishers”.

At this meeting, industry representatives announced the setting up of the “European Bottom Fishing Alliance” (EBFA)”, representing EU-based bottom fishing fleets. The alliance will be launched next month with the goal to defend, support and showcase the environmental, economic, social and cultural realities of bottom fishing activities across the European Union fishing nations.