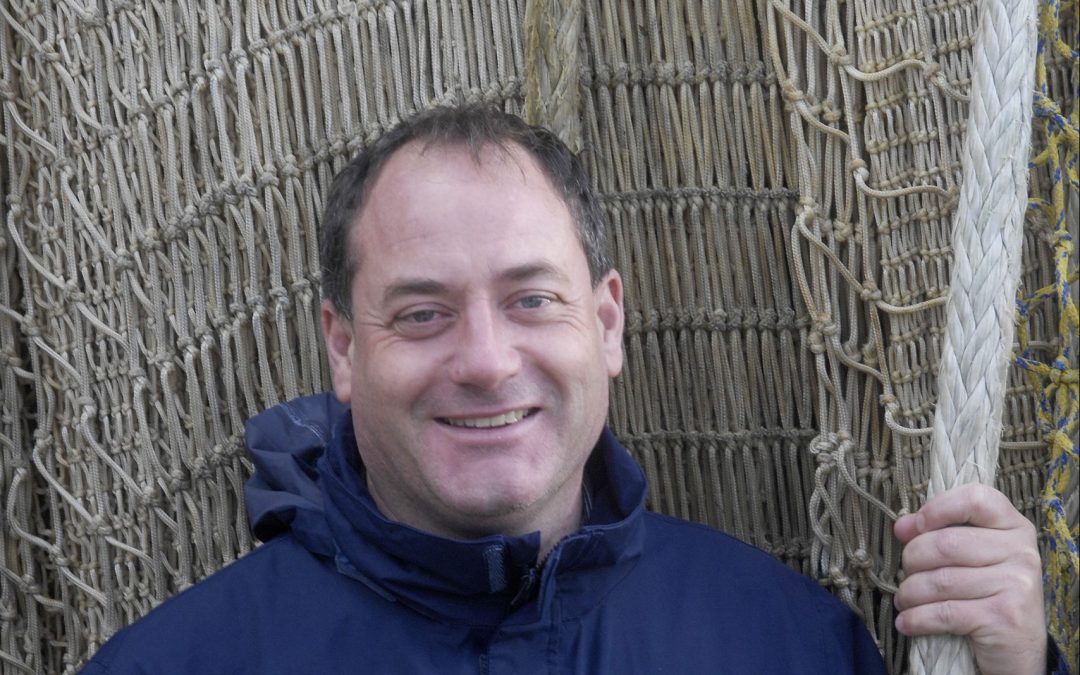 Following remarks made by a Senior EU Commission Representative, Patrick Murphy CEO of the Irish South and West Fish Producers’ Organisation is stating publicly and placing on the record his opinion that the Commission are nothing more than a bunch of thieves.

In a statement released today Mr Murphy is calling for Charlina Vitcheva, Directorate-General for Maritime Affairs and Fisheries (MARE) to be sacked from her position with immediate effect. He also calls on all our fishing industry and supporters to email Taoiseach Micheal Martin and Ministers Simon Coveney & Charlie McConalogue to fight the commission on our behalf to obtain a better deal on our fish stocks.

The new reality is the theft of 20% of our Maritime Natural Resources, taken without our consent on Christmas Eve and given to our nearest neighbour who decided to leave the European Union. It is clear now that the EU Commission couldn’t care less about the crisis our Coastal Communities are facing and care even less about the goals clearly set out in the EU Common Fisheries Policy of 2013 requiring the interests of remote, far-distant Coastal Communities to be protected. It is my opinion that the clear ignorance of the Aims and Objectives of the CFP exhibited by Commission Official Charlina Vitcheva require her to be sacked from her position with immediate effect.

She believes there is no legal text written to –date that would allow the taking of up to 20% in Monetary value of one of Ireland’s most precious Natural Resources represented by the “Migratory Fish” that breed, spawn, feed and grow in our water that have been gifted to our nearest neighbour the United Kingdom when this represents €43 million of the €182 million in annual value the Commission and EU Council gave to the United kingdom on the 24th December 2020.

I set out below the text of the United Nations Convention on the Law of the Sea (known as UNCLOS) that I believe is required to be applied when dividing out the shared resource on Irelands coastline.

The United Nations Convention on the Law of the Sea (UNCLOS) is an international agreement that resulted from the third United Nations Conference on the Law of the Sea (UNCLOS III), which took place between 1973 and 1982 with further negotiations between 1991 and December 1995 producing the specific wording of how the requirements of the Convention should be applied insofar as they relate to both Migratory Fish Stocks and Straddling Fish Stocks, the latter representing fish that swim, breed and spawn while straddling the line between adjoining Coastal States.

UNCLOS as the prevailing International Law of the Sea is completely binding on all UN Member States and it also binds the European Union which is a Signatory to the Convention.

Articles 63 and 64 of UNCLOS are designed to regulate the exploitation and protection of particular Fish Stocks which straddle the borderline between the adjoining Exclusive Economic Zones of Coastal States (Article 63) such as is the case between the United Kingdom and Ireland while Article 64 is designed to regulate the exploitation of Highly Migratory Fish Stocks which move between and within the Exclusive Economic Zones of a number of Coastal States while breeding spawning and nursing in the Waters of one or a number of Coastal States and then migrating beyond those Exclusive Economic Zones into International Waters or into the EEZ of adjacent or even far-distant Coastal States where they feed as is the case when Bluefin Tuna and Albacore Tuna swim and feed in Irish Waters from mid-Summer to early Winter when they begin to return south to spawn and lay their eggs again and repeat the cycle.

Rights of the coastal State over the continental shelf

Having regard to the requirements of the Convention regarding Highly Migratory Species such as Mackerel and Blue Whiting which breed, spawn, lay their eggs and nurse their young in Irish Waters before they depart to the north to visit Scottish, Faroese, Icelandic and Norwegian waters over a period of 6 months before they return to the west and south west coast of Ireland to repeat the cycle for 6 months, the Agreement reached between the EU and UK on Christmas Eve which grants 25% of our Mackerel to the UK together with 20% of our Blue Whiting represents as outrageous a daylight robbery of the native Resources of Ireland’s Coastal Communities as is possible to imagine.

We have lost enough and deserve far better from our political Leaders and from those employed within the EU to protect the Public Interest in accordance with the Laws of the European Union and United Nations.

Do you agree reader?

If you agree, will you help protect what is all of ours and please sign and send the email below to micheal.martin@oireachtas.ie , simon.coveney@oireachtas.ie & charlie.mcconalogue@oireachtas.ie

I believe the treatment of our fishermen & fisherwomen is already negatively impacting our coastal communities, costing jobs that will result in the further depopulation of Rural and Coastal Ireland.

I am asking you to act to stop the disintegration of our Coastal Communities and to inform the European Union Commission that we want our proper and equitable share of Ireland’s Maritime Natural Resource and most particularly our proper and equitable share of the “Migratory & Straddling Fish Stocks” that breed, spawn, feed and grow in our waters as defined under and in accordance with International Law, specifically UNCLOS and we demand that the principle of Zonal Attachment be applied to the share-out of these Fish Stocks in our Waters.