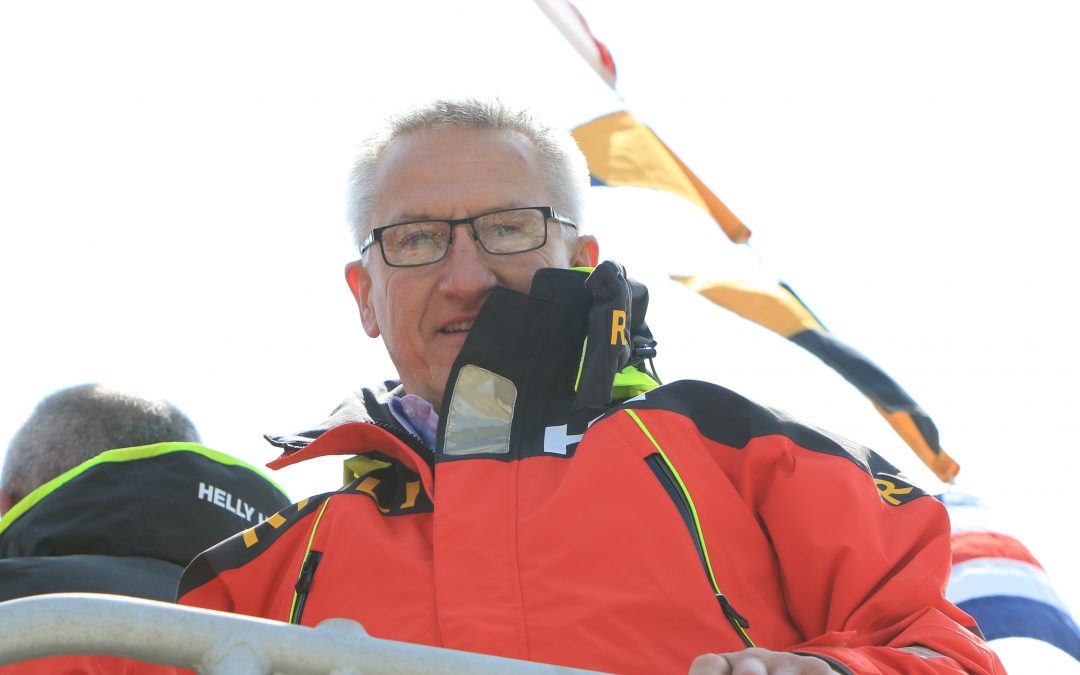 It is the end of an era at Clogherhead RNLI as long-serving lifeboat crewmember and station mechanic, Padraig Rath, affectionally known as ‘Pops’ has handed in his pager and officially retired from saving lives at sea this week. After four decades with the lifeboat charity, Pops took part in his last exercise on the lifeboat, which was witnessed by a large turnout made up of lifeboat crew personnel and fundraisers past and present, neighbouring lifeboat crew members along with family, friends, and supporters. It was a fitting send-off for the much-loved lifeboat mechanic who has been a constant and dedicated presence at Clogherhead lifeboat station for many years. 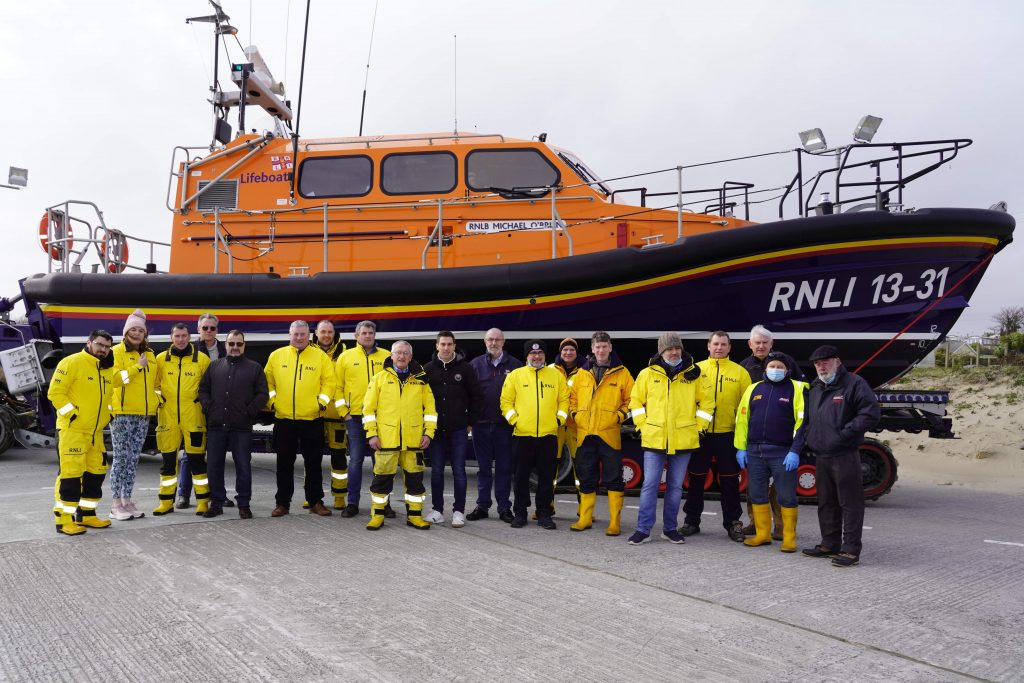 Born into a fishing family, Pops first went to sea as a young student in the summer of 1972.  Losing his father at a young age, Pops went into fishing full time on completing his Leaving Cert before joining the Clogherhead lifeboat crew in 1982. He took on the role of Second Mechanic at the lifeboat station in 1991, becoming the Station Mechanic and Deputy 2nd Coxswain in 2000, on the retirement of Paddy Levins. With a young family to rear, Pops relished the role which would keep him in the community and doing what he loved. He was responsible for looking after the engines on the station’s Mersey class lifeboat Doris Bleasdale, making sure the lifeboat was ready to go to sea, night, or day and in any weather.

His years as lifeboat crew have seen many changes and, in his time, the station has had three classes of lifeboats. When he joined the Oakley class was on station, which was followed by the Mersey class, before the latest Shannon class arrived in 2019. The Oakley lifeboat did 8 knots, the Mersey’s speed increased to 16 knots, while the Shannon reaches speeds of 25 knots. Each lifeboat bringing big changes and demands.

Pops has been on many callouts during his time on the lifeboat but the callout that stands out is the one he didn’t make. On holidays with his family in 1999, he rang home for the result of a local match when his mother told him about the Dunany tragedy, where four people drowned and four were rescued, when the boat they were in capsized. It was an enormous tragedy for the community. There was also a callout in 2011, where a group of primary school children who went kayaking, capsized, and ended up in the freezing water, not far from the lifeboat station. The large group were rescued by the lifeboat crew and taken to hospital, after being spotted in the water by the station’s Lifeboat Operations Manager. One of the parents keeps in touch to this day.

Pops has no plans to leave the RNLI behind. He is the station’s GAA Ambassador, a volunteer role for the partnership between the charity and the GAA, which sees the RNLI talking to clubs and supporters locally about water safety. He is also a passionate fundraiser for the lifeboat. While he will now relish the time he can spend with family and the extended breaks he can take time away from the station now that he is not on call.

Commenting on his retirement Clogherhead RNLI Lifeboat Operations Manager Declan Levins said, ‘I don’t think there are enough words to do justice to Pop’s legacy. The respect and affection the lifeboat crew and fundraisers have for him is clear and he has been the heart of this station for many years.  He is so passionate about lifeboating and his enthusiasm for it was infectious. We are indebted to him for all his service, and I’m delighted he is staying involved with fundraising and the GAA/RNLI water safety work.’ 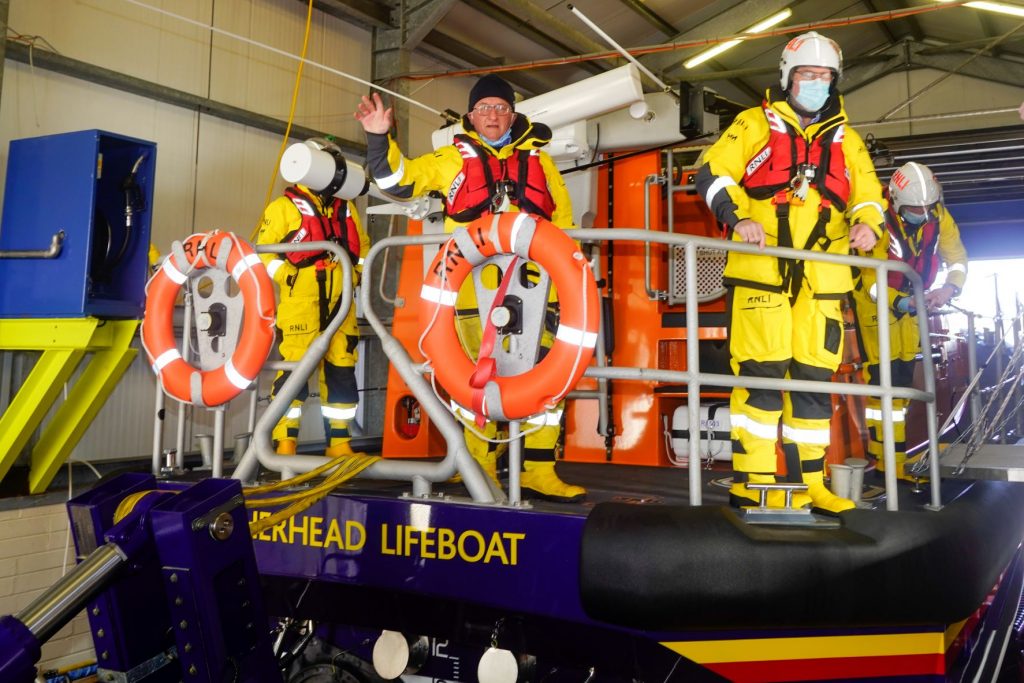 Reflecting on his retirement Pops said, ‘I’ve had an amazing time being part of this incredible lifeboat crew and remarkable station.  With each new class of lifeboat came new challenges. We were doing twice the speed and I was thinking twice as fast, but I loved it. It was a huge responsibility to make sure that the lifeboat would always bring the crew out to sea and always bring them and all casualties home safe.  I’m proud of that. I’ll miss being out on the water but I’m leaving it in the very best of hands. I wish the very best of luck to the Crews, all involved with the station, their families and my successor Barry Sharkey and his family. May they always be safe when answering the “call” and return safely to their families.’

‘The Clogherhead lifeboat doesn’t belong to any one person, it’s the community’s lifeboat. They own it and every time we launch, we do it because they support us, and I hope they are proud of what we do.’