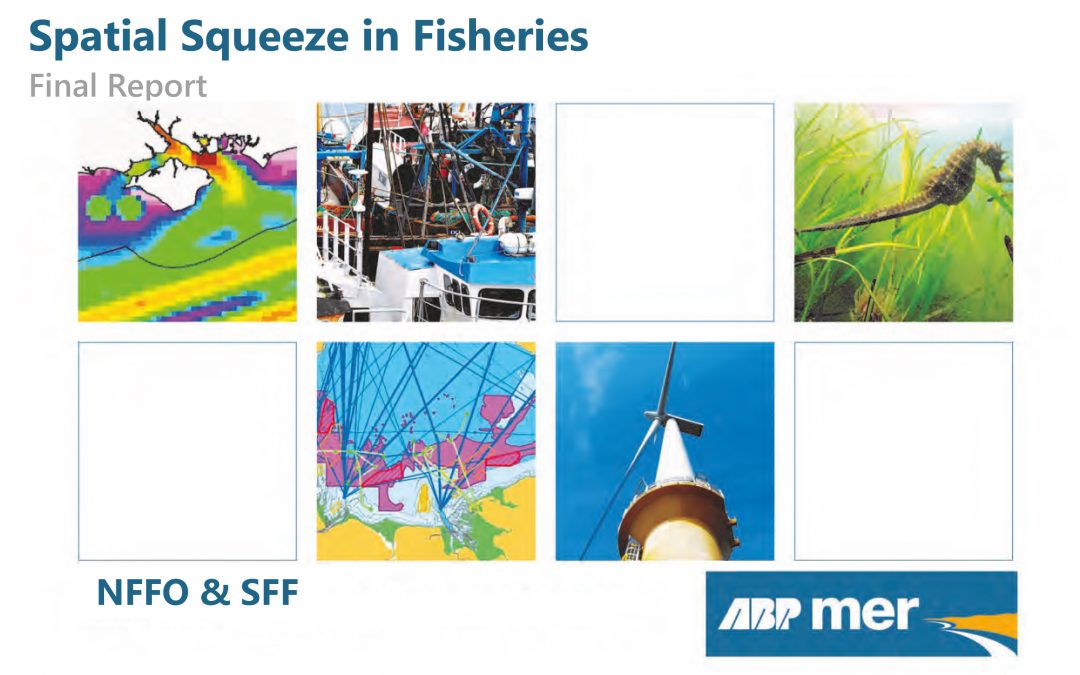 More than half of Scottish waters could be closed to fishing fleets by 2050 if the industry continues to be marginalised by the development of offshore renewables and expansion of enhanced marine protected areas.

That is the stark warning contained in a major new report for the Scottish Fishermen’s Federation (SFF) and National Federation of Fishermen’s Organisations (NFFO) published today (Wed).

The report, Spatial Squeeze in Fisheries, produced by respected and authoritative consultancy ABPmer, is the first attempt to quantify the cumulative impact on commercial fishing of hugely increased competition for space in the marine environment.

It puts forward three future scenarios to demonstrate the scale of displacement the fishing fleet may face in the coming years.

Driven by the Scottish Government’s target of achieving net zero carbon emissions by 2045, the expansion of offshore renewables (primarily wind, but also wave and tidal) and the designation of at least 10% of Scotland’s seas as Highly Marine Protected Areas (HPMAs), where fishing will be banned, may in the worst-case scenario result in the loss of an area to fishing of over 260,000km2 (56% of Scottish waters) by mid-century.

Even if the worst-case assumptions are not realised, an area of 213,000km2 (46% of Scottish waters) are likely to be lost by then, threatening the very existence of fishing businesses and causing severe harm to coastal communities.

Most of this area (210,000km2, or 45%) is in fact likely already to have been lost to fishing by 2030. Fishing is currently excluded from around a third of Scottish waters. Looking back to 2000, fishing was restricted in less than 1% of Scottish waters, so the pace and scale of change is evident.

Furthermore, in all of the future scenarios examined in the report, Scotland is projected to lose far more of its waters to fishing when compared to the rest of the UK – almost double that of England in one of the 2050 scenarios.

Elspeth Macdonald, chief executive of the Scottish Fishermen’s Federation, said of the report: “The outlook ahead is truly frightening.

“The report shows that expansion of both offshore renewable energy generation and marine conservation are being prioritised over fishing, despite fishing’s value in producing low carbon, healthy and sustainable food, contributing to our food security and supporting thousands of jobs in our coastal communities.

“The industry’s voice and interests are being downplayed by government when it comes to overall strategy for marine planning, and in relation to individual planning decisions. No-one disputes the need for renewables to help in the battle against climate change, however the scale of development proposed offshore risks putting an already climate-smart industry to the sword.

“It is deeply unjust that fishing businesses and fishing communities are being denied an equal say when we are the sector likely to feel the most significant impact.

“We need a proper seat at the table and for consultation to be meaningful, not just lip-service.”

The report does indicate, however, that it is not too late for action to minimise the impact on fishing considerably, through much better planning and design and the implementation of mitigation measures.

Ms Macdonald said: “Both the UK and Scottish governments need to recognise the importance of sustainable fisheries for both food production and livelihoods, and more effectively integrate our industry into the marine spatial planning and decision-making systems. The benefits of climate-smart energy should not be at the expense of climate-smart food.

“Fishing industry representatives need to be given a stronger and more effective voice in the planning process, at both strategic plan and project level, to ensure that the potential impact on the fleet of proposed developments and conservation zones are adequately expressed and considered so that impacts can be avoided or minimised. There must be real, meaningful consultation, not just lip service.

The ABPmer report focuses on trawling, with further work required on pelagic and shellfish fishing, and is regarded by the fishing industry as an important starting point to underline just how serious the spatial squeeze will be for Scotland’s fishing fleet