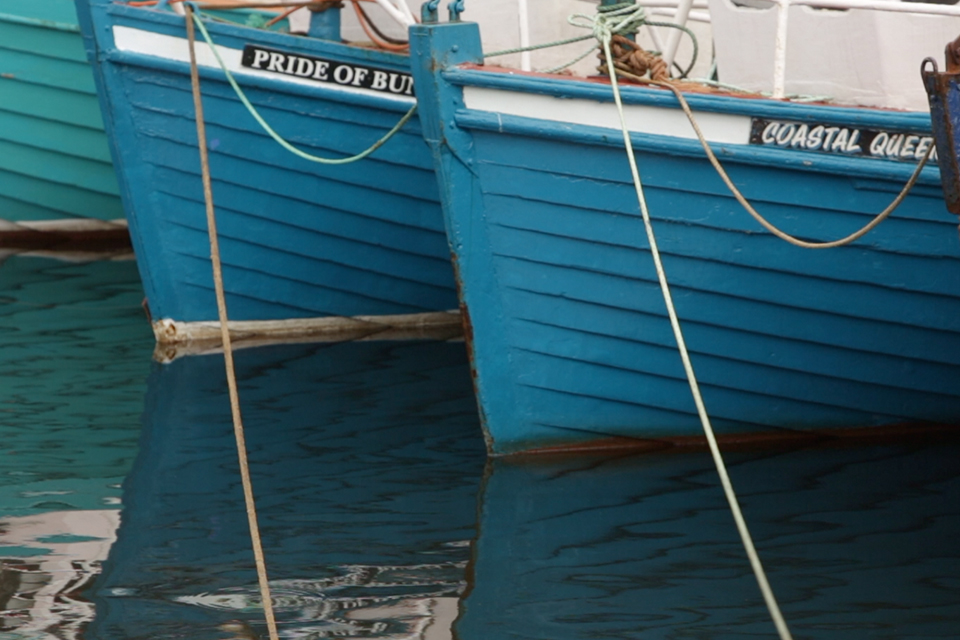 Whether it’s progress or not, I’m not sure – Johnny Kelly, retired fisherman

In his book, Soil and Soul, the Scottish writer, academic and activist, Alastair McIntosh writes: “I do not argue for going back to the past, but I will be suggesting that the past should be carried forward to inform the future. In this way, fresh light can be shed on the story of modern times and wisdom harnessed to knowledge.”

As islanders living on edge of Europe, our relationship with the sea is an integral part of our culture and is something that is intimately woven into the fabric of our identity. Fishing has been part of that identity, and part of the ‘lifeblood’ of our coastal communities for millennia – even if it is something we are not always fully aware of.

Though fishing has changed over those millennia, the changes that have occurred over the past number of decades have been especially pronounced. And today, for some, the fishing industry is at a pivotal point of its existence.

But what does it mean to live from the sea? How can we capture our rich fishing heritage, so as to preserve it for future generations?

These are the questions that Croí na Farraige, a community based digital media project, set about answering with respect to the rich maritime heritage of the Inishowen Peninsula in north Donegal. In an area whereby, as with the rest of the coastal and island communities dotted around the shores of Ireland, the sea has shaped the lives of generations, the project represents an effort to record some of this rich social history and being, which might otherwise be lost.

Researched and produced by the Inishowen Community Media Network (ICMN) and funded through the Fisheries Local Action Group, FLAG North, the ongoing project captures some of the stories of people who have lived and worked in the area and the surrounding seas. Presented as a series of films, it chronicles the shifting fortunes of the once-thriving fishing industry and way of life on the peninsula, and examines how the sea has shaped, and continues to shape the community.

Told through the voices and experiences of those who lived them

Told through the voices and experiences of those who lived them, among the rich and diverse stories that have been edited and are now available to view online are: retired fishermen Gerry Gill, John Kelly, and Jim Cavanagh, John D O’Kane of Foyle Fishermen’s Co-op, Andrew Ward of the IDP, Owen Doyle of BIM, the Kearney family of Kearney’s Oysters, and Greencastle fishermen Cara Rawden, Gerry Kelly, and Cyril Harkin. 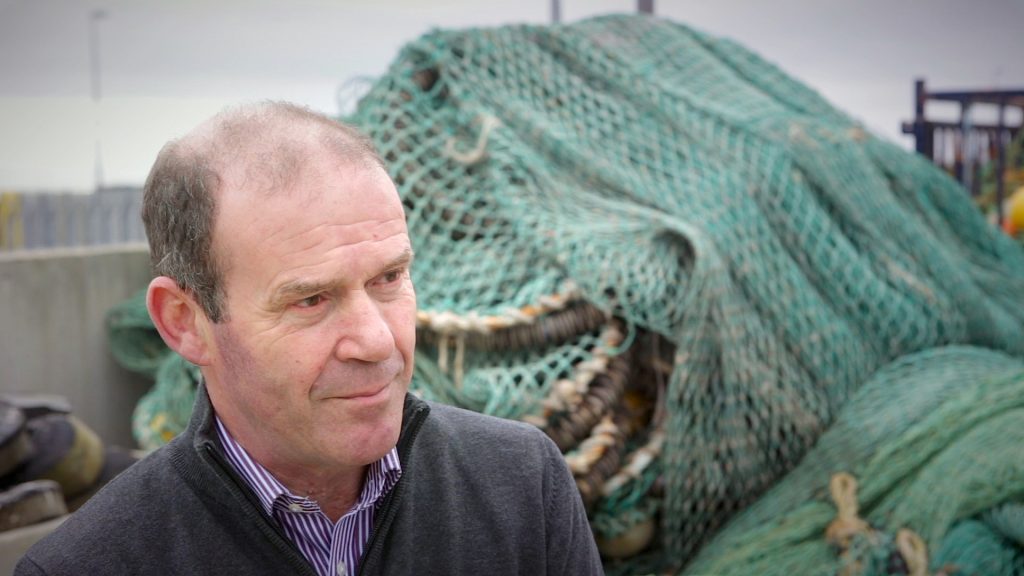 Providing a cross-generational perspective of a changing industry, the interviews capture the everyday realities of people who fish and have fished, along with the shifting socio-environmental contexts within which those realities unfold. Emerging from those stories are cross-cutting themes that touch on the challenges and opportunities thrown up by the sea, and the politics surrounding the sea’s resources.

From lives lived and shaped around the seasonality of salmon, to turning points relating to increasing investments, shifting ecological conditions, increasing regulations, and an increasingly globalised market for fish, the complex manner in which people who live from the sea adapt, persevere and survive these changes is illuminated.

Punctuated by tragedy, with the memory of the Carrickatine—a tragedy whereby six local men were lost in 1995—looming large across several interviews, the stories also convey a sense of the physicality of a life at sea, and the movement associated with the life on the peninsula—movement from place following the salmon season, economic opportunity, or, today, increasingly quota and the ever-evolving and complex regulations governing this space.

As part of these stories, alongside detailing lives that were and continue to be lived from the sea, the shifting fortunes of Greencastle are also detailed. Gerry Kelly recalls a childhood whereby everyone migrated down to the pier, and one spent waiting to get out of school so as to join them or get out to sea at salmon.

Peter Kearney details the boost that the opening of a particular fishery could give to an area (for example, crab in the early 1970s). Conversely, the problems that arise then when you take a fishery away from a community are highlighted also, as are the ongoing issues concerning the unfinished development of the harbour in Greencastle and the looming threat of Brexit. 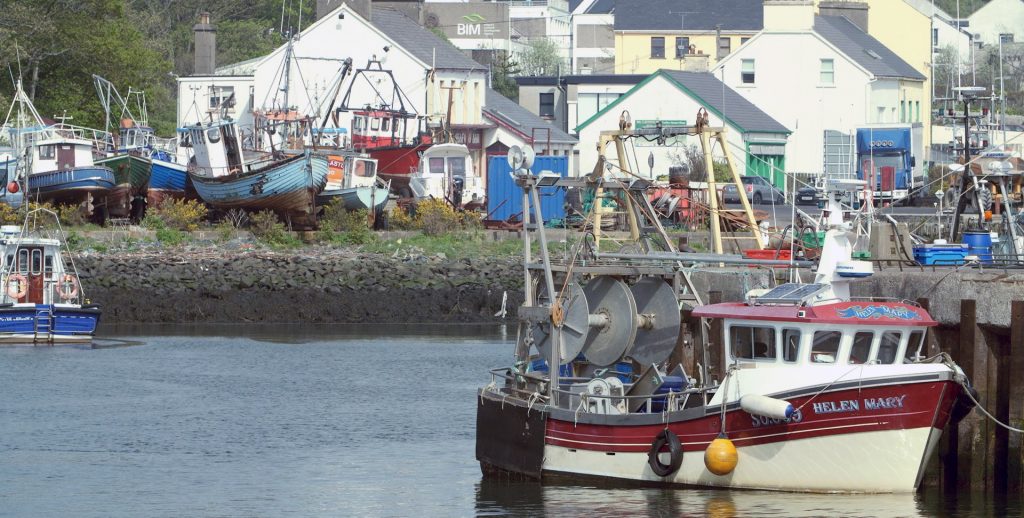 Though a multitude of challenges arising from the shifting nature of fishing comes through in the interviews, positives also come through, as does the resilient nature of those who live from the sea and continue to attempt to make a living from the sea.

For instance, the story of Kearney’s Oysters, though punctuated with stories of changing ecological and regulatory conditions and ongoing challenges, suggests a continuing intergenerational interest in earning a living from the sea.

The discussion provided by Foyle Fishermen’s Co-op Manager, John D O’Kane touches on the strategies adopted by fishermen as they work together to navigate globalised markets.

The resilience and capacity for continuation, but also diversification that exists within the industry also emerges, for instance, from the stories told by Greencastle fisherman Gerry Kelly, who has been “earning, hoping, working and trying to earn a living from the sea and what is happening with the sea since 1975” and is currently engaged in a struggle to protect the fledgeling mussel industry in the area that he worked to help build as part of a community response to the shifting economic fortunes of the area. 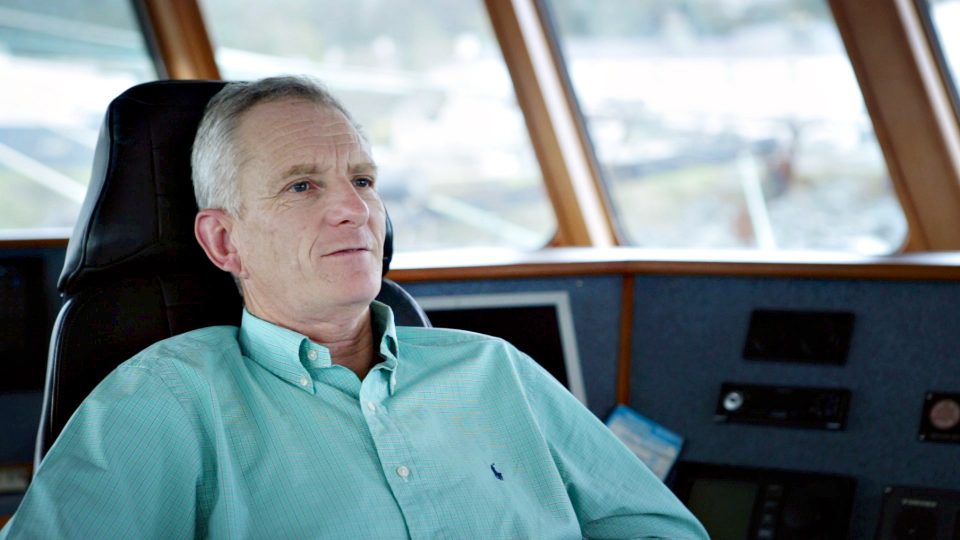 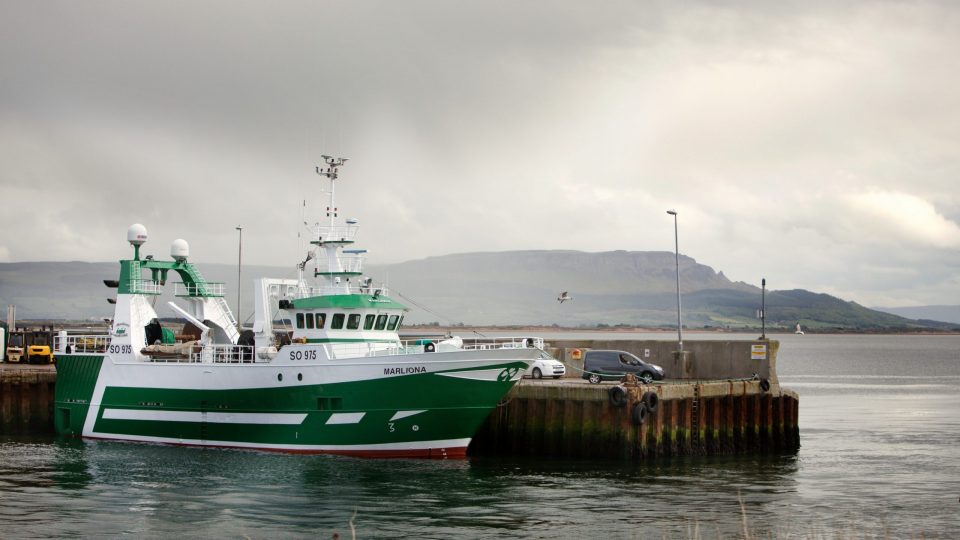 Marliona tied up in Greencastle Image courtesy of Harry Kerr

Speaking about the project, ICMN spokesperson, Martha McCulloch, said they were delighted with the response from the local community, many of whom came forward to tell their stories.

“Some of those who feature in the series spent a lifetime at sea and some of the younger contributors are trying to make a living from it. The idea behind the project is to document materials for future generations that would otherwise be lost. All the recorded material is being archived and will be free to the public or schools and libraries to use for research or promotional purposes, e.g. Greencastle Maritime and Dunree Museum.”

Speaking with The Skipper, Jim Doherty, who recorded and interviewed the fishermen, highlighted that his interest in the project had been driven by gaps in his own knowledge in relation to fishing as a way of life, and stated that the stories to be told were a lot bigger than they anticipated, underscoring also that they have already gathered a huge collection of materials.

That which has been uploaded is just the tip of the iceberg, he said. In terms of replicating such a project in other coastal communities, Mr Doherty emphasised also that doing so would be relatively straightforward.

The project is ongoing and still looking for material and people with a story to tell. The materials that have been collected as part of the project will be archived and free for the public or schools and libraries to use for research and educational purposes.

For further information about the project contact Jim Doherty at guthanphobail@gmail.com, or call 086 8156289