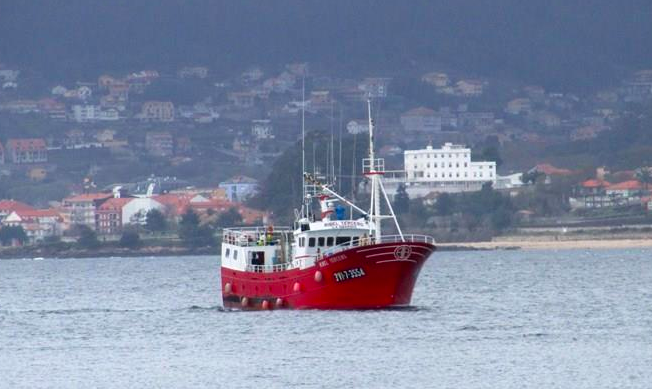 On April 8, a crewmember on board the Spanish longliner, Ribel Tercero was evacuated by the hospital ship Esperanza del Mar some 1000 miles off the coast of Vigo near the Azores, after displaying coronavirus symptoms.

The fisherman, who was evacuated to Vigo, was subsequently transferred to Hospital Povisa, where he later tested positive for the virus. It is understood the vessel had been at sea with some fifteen days by the time the crewmember was evacuated.

The Ribel Tercero, which is owned by the Organisation of Longliners Guardeses (OR.PA.GU.), subsequently landed in Vigo on April 11. On landing, the vessel’s nine other crew were transferred to their homes for quarantine. They have since been tested for the virus.

In light of the case, questions have been raised regarding the protocols in place for dealing with positive cases onboard vessels at sea, given the crew were allowed to return home prior to testing rather than being tested in port on landing.

OR.PA.GU. has demanded adequate protocols are put in place for the disembarkation of crew following a positive test onboard.

According to the Spanish fishing company, information regarding the case had been communicated to the administrations by the vessel owner and the company itself, as part of the cooperation and information policy. This communication, they say, was maintained from the first suspicion of a positive case aboard the vessel.

Once in port, says the company, given their crewmate with whom they had shared a space with for more than fifteen days had tested positive, the vessel’s crew and owner waited for the deployment of some kind of preventive protocol,

This, to their surprise, was not forthcoming. They were allowed to return home to their families without knowing whether they had contracted the virus on not.

According to the company, the vessel owner himself managed the transfer of the crew to their homes in private vehicles.

The situation experienced with the Ribel Tercero highlights the urgent need for a protocol of action for this type of case, they say.

It also highlights the contradiction of, on the one hand, being recognised as an essential worker in the maintenance of crucial food supply chains, on the other, finding oneself carrying out that essential work without adequate safeguards in place.

Beyond instances where a positive case on board has already become a reality, OR.PA.GU. further joins other fishing organisations in calling for mandatory testing for all fishermen before boarding so as to avoid situations like the one just experienced by those on the Ribel Tercero, and the risk, given the limited space on board a vessel, of contagion among the crew.