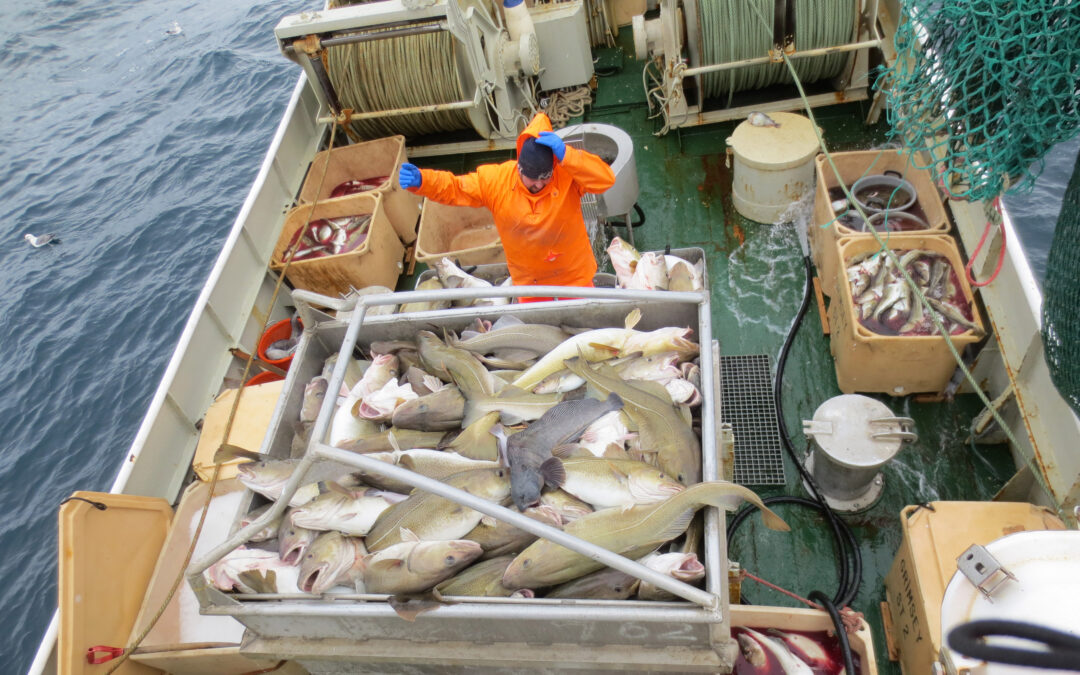 Icelandic fishermen will have to settle for a 6% reduction of their cod quota in the upcoming fishing year starting in September. The quota will be reduced by 13,000 tons, from 222 thousand tons to 209,000 tons.

23% reduction in a three year period

This will be the third year in a row  that the cod quota is cut. Three years ago the total allowable catch of cod amounted to 272,000 tons so the reduction since then is 23%. The reason for the decrease is a lower estimate of the cod stock compared with previous years. The biomass, however, is expected to increase slightly in the next two or three years when the 2019 and 2020 cohorts come in as they are estimated to be above average in terms of size. In spite of the quota cuts in recent years the scientists claim that the cod stock is strong.

The most important species

Cod being by far the most important species in Iceland, rendering over 40% of the total export value of seafood, this latest announcement made by the Marine and Fresh Water Research Institute of Iceland (MFRI) was certainly a disappointment. When it comes to deciding the total allowable catch (TAC) of cod and many other important species, the scientists do in fact have the last word even though the decision is formally the minister’s.

According to a management plan which the Icelandic government has committed itself to and which has been approved by ICES (The International Council for the Exploration of the Sea) the TAC of cod must not exceed 20% of the size of the stock (cod age 4 and older). A similar plan (with various percentages) has been adopted for many other species such as haddock, saithe, redfish and herring, but not for all. The Minister of Fisheries in recent years has, almost without exception, followed the advice of the scientists to the letter when it comes to issuing yearly fishing quotas. 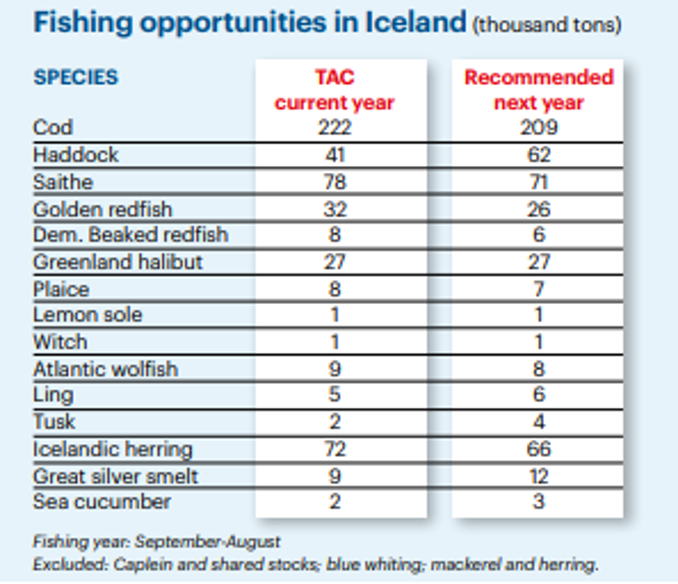 While the cod stock is temporarily deteriorating the haddock stock is on the rise and allows for a quota of 62,000 tons which is an increase of 23% compared with the current fishing year. The biomass is expected to increase in the next two years as the 2019 and 2020 cohorts are above average.

The golden redfish in the East Greenland/Iceland/Faroe Islands area, on the other hand, is in its poorest condition since 2009 and the spawning stock continues to decrease. According to the current management plan the quota will be cut by 20% and will amount to roughly 26,000 tons for the next fishing year. The advised quota is likely to decrease further in the coming years, according to the scientists.

The stock of the Icelandic summer spawning herring has increased following a period of constant decline since 2008. The decline was related to poor recruitment and the persistent infection by protozoan parasite. The advice for the next fishing year, when the management plan is applied, is 66,000 tons. That is 8% less than the current fishing year’s TAC but still favorable compared with 35,000 tons two years ago.

The fishing quotas issued now do not include stocks that Iceland shares with other nations, such as mackerel, blue whiting and herring. The list also excludes the Icelandic capelin which has made a remarkable recovery following years of poor recruitment.