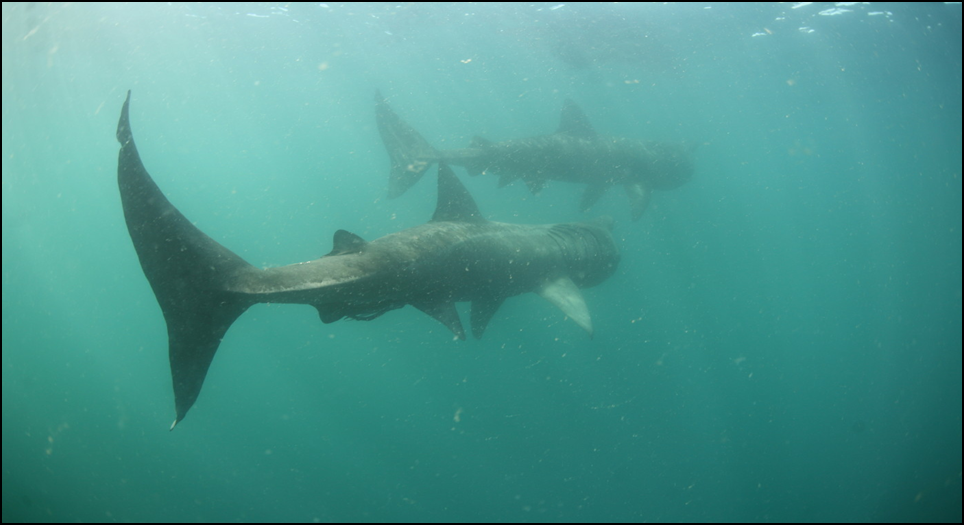 Minister of State for Heritage & Electoral Reform, Malcolm Noonan TD, and Minister for Agriculture, Food and the Marine, Charlie McConalogue TD, have  announced that the Basking shark (Cetorhinus maximus) has been given the status of a ‘protected wild animal’ under the Wildlife Act.

Where an animal is protected under Section 23 of the Act, it is an offence to:

• Injure a protected wild animal (unless done while hunting in accordance with a licence or exemption cited above), or

• Wilfully interfere with or destroy the breeding or resting places of a protected wild animal.

As the Basking Shark is a species of fish, under Section 23(3) of the Wildlife Act 1976, the Minister may only make such Regulations to protect it with the agreement and co-signature of the Minister for Agriculture, Food and the Marine. Minister McConalogue has concurred with the making of the Regulations and has co-signed the Regulations.

The Regulations have legal effect from Monday October 3rd, 2022.

The Basking Shark is a globally threatened species which faces a high risk of extinction. The International Union for Conservation of Nature (IUCN) classifies the Basking Shark as ‘endangered’ on its Red List of globally threatened species, with its status changing from Vulnerable to Endangered globally in 2019. Irish waters constitute one of the most internationally important coastal regions for the species. “Protected wild animal” status will give Basking Sharks important additional protections and contribute to Ireland meeting its obligations under international law.

As a further initiative, a Code of Conduct for the wildlife watching industry is currently being prepared by the National Parks and Wildlife Service to guide responsible and safe interaction with the Basking Shark in Irish waters. This Code will ensure that there is strong awareness of and accordance with best practice for operators and the public in observing or encountering marine wildlife such as Basking sharks and marine mammals.

“We are living in an age of mass extinction. There is an urgent responsibility on all of us to do everything we can to reverse that trend. By strengthening protections for the Basking Shark, Ireland will play its part in offering improved protection to an endangered species that depends on our territorial waters to survive and flourish.

“This measure is a first step in additional protections for vulnerable species in Ireland. My Department is working to further strengthen our wildlife laws to ensure that natural habitats are protected and restored, and to provide a better balance of safeguards for both marine and terrestrial wildlife.”

“I am delighted to be introducing this measure. Irish waters constitute one of the most important international regions for the Basking Shark. By strengthening protections, we are helping this iconic animal thrive in the seas around Ireland.

In addition to this measure, my Department continues to support conservation efforts for this species through the SeaMonitor project, a trans-boundary research initiative that is focused on developing research links between Irish marine research teams and our international partners.”
Work is also underway in the Department of Housing, Local Government and Heritage to review the Wildlife Act, as per the Programme for Government. This will involve an examination of protections and provisions in the Act and will enable further consideration of its effectiveness.